Fifty-one years old and fluent in Thai, Joe Cummings first came to Thailand 27 years ago as a Peace Corps volunteer knowing nothing about the country 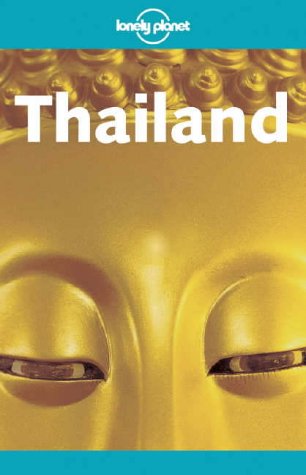 Fifty-one years old and fluent in Thai, Joe Cummings first came to Thailand 27 years ago as a Peace Corps volunteer knowing nothing about the country


As Lonely Planet’s man in the Kingdom, Joe Cummings has been telling travellers where to eat, sleep and be culturally enriched for more than 20 years

He gets paid to eat in restaurants, stay in hotels and travel for much of the year. This is the life of Joe Cummings, who makes a living out of travelling through much of mainland Southeast Asia and writing about what he sees, most famously for renowned guidebook publisher Lonely Planet (LP).

Travellers in the Kingdom rely on his words more than anyone else’s: more than a million of Cummings’ Lonely Planet guides on Thailand have been sold, and he’s also author of the current LP guides to Bangkok and Laos, and a contributor to the Burma guide.

While thoroughly exploring the region, Cummings has also found his favourite place to stay still: “I feel more at home in Thailand,” says the native of New Orleans. “It is convenient living here and I feel very comfortable in this kind of environment.”

After travelling for four to five months, Cummings enjoys the comforts of his three-bedroom, three-bathroom condo in Chiang Mai all the more during the rest of the year while he writes on his findings. He shares the home, tastefully decorated with antique teakwood carvings, with his Thai wife, who he met three years ago in Pai, Mae Hong Son, during his travels.

Fifty-one years old and fluent in Thai, Cummings first came to Thailand 27 years ago as a Peace Corps volunteer knowing nothing about the country. That soon changed, as the life-changing trip inspired him to launch a scholarly and adventurous career focused on Thailand. He returned to the US to get a master’s degree in Asian studies, majoring in the Thai language.

“There were like only five students in my Thai class,” he says. “All of them had a Thai wife except me. The language was hard, but I was trying to have fun with it, which later on definitely helped me in understanding the nature of Thai culture.”

Even before graduating, Cummings had successfully pitched his proposal to write a Thailand guide to Lonely Planet.

“There wasn’t really an English-language guidebook on Thailand back then,” says Cummings. “The only one I saw was written by a former French ambassador in Thailand, which I like, but he was driving a car and staying in five-star hotels, which doesn’t suit with backpackers.”

His travel writing career began in 1982 with the first of many Thailand books for LP, and an article on the then unknown Koh Samui in the San Francisco Examiner.

He went on to author more than 30 books including travel guidebooks, photography books and more, as well as win numerous literary awards including the Lowell Thomas Travel Journalism Gold Award in 1995 for his Lonely Planet Thailand published that year.

Cummings returned to Thailand in the mid ’80s to soak in the culture he had come to love and wander the provinces, often saving money by staying in Buddhist temples. Armed with his new knowledge, he conversed with in Thai with people around the country and noted down cultural attractions that travellers would be interested in experiencing. He especially enjoyed visiting small upcountry towns.

“I went to night markets to talk to people, including tourists, who told me where to go and what interested them,” he says.

Always observing and analysing what he saw, he became a self-taught expert at boiling down information into a concise and presentable form.

“I am totally honest with my writing,” he says. “I usually balance the good and bad. If I wrote only on the positive side, once travellers face the reality, they would hate me.”

Cummings suggests that travellers think of his guidebooks as just a starting point or a backup. “Sometimes I don’t think they actually read my books and follow my suggestions. A lot of them only use it when they can’t find a hotel or a restaurant.”

He gives the example of the Phuket Laikhram and Phuang Thong restaurants, which he says have some of the best food in Chiang Mai. “The food is excellent, clean and cheap. I always put them in my guidebook. But nobody seems to go there.”

Cummings says there’s still plenty for him to see in the Kingdom. He has plans to explore and write about the less-visited provinces of Phayao, Uttaradit and Trat.

In another project, he also plans to collaborate with two Chiang Mai University professors researching on Thai herbal medicine and Thai cuisine.

Cummings says tourism in Thailand would be aided by better protection against encroachment and poaching in National Parks, and better preservation of unique architecture. “Tourists love to see old buildings that are all over Thailand. “But there is no law against tearing down these properties. They are gradually disappearing.”

Like many travellers, Cummings finishes his trips with a renewed appreciation for home.

Besides being a great place to live, Chiang Mai is convenient for a travel writer, offering direct flights to Mandalay, Rangoon, Kunming, Hong Kong, Kuala Lumpur, Singapore, Luang Prabang and Vientiane. And while Bangkok expats are typically focused on business and those in Pattaya and Phuket pursue hedonistic pleasures, Cummings says he likes how the foreign community in Chiang Mai has more Thai speakers and aficionados of Thai culture.

“I like the North of Thailand in general. For me, it’s the country’s cultural heart.”

Despite his keen understanding of Thai culture, though, there is at least one local particularity he’s still trying to figure out. “I never get why Thais love AC [air conditioning] so much,” he says jokingly. “Even if it is eight degrees out there in Mae Hong Son with an excellent view of Pai, once they get back in the van, they roll up the windows and turn on the AC.”

Indeed, one of his favourite spots on the planet is the shady and naturally cool environs of Wat U Mong. He still travels back to the US to visit his family sometimes, but when asked if he ever thinks of going back to live there, he answers promptly and confidently while shaking his head. “No, here is already my home.”

This story has been posted in the following forums: : Headlines; COS - Thailand; Travel; Writing - Thailand