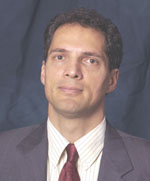 The Dangers of Despotism

In recent weeks, an uncomfortable paradox has been exposed. While the world's attention was riveted on the possibility of Saddam Hussein passing weapons of mass destruction to terrorists, it was our close ally in the war on terrorism, Pakistan, that was the world's leading proliferator of nuclear weapons technology. North Korea, Iran and Libya all developed nuclear weapons programs with the help of Pakistan.

Pakistani President Pervez Musharraf has tried to sweep these transgressions under the rug. He claimed that his country's leading nuclear scientist, Abdul Qadeer Khan, who has acknowledged his lead role in the transfer of the nuclear know-how, acted on his own. The shipment of some of the weapons material in military transport, Musharraf would have us believe, was done without the knowledge of the army's or nation's leaders. In any case, Musharraf, who pardoned Khan, asserts that the problem has been handled.

Bizarrely, the Bush administration seems to agree. Secretary of State Colin L. Powell called Pakistani officials "to convey the United States' appreciation over the results of the investigations and the manner in which they were conducted," according to the Pakistani Foreign Ministry. The administration justified its position on the grounds that Musharraf was a critical ally in the effort to find Osama bin Laden and was the only person who could ensure stability and moderation in Pakistan.

This would seem to be a textbook trade-off between national security and democracy. In fact, it demonstrates just the opposite.

Pakistan has been a major proliferator precisely because its authoritarian government is largely unaccountable. Even during its short experience with elected leaders, the military has been beholden only to itself. Our relations with Pakistan, consequently, should be considered within the strategic framework of a global system of democratic states adhering to the rule of law. Advancing this objective is the best way to reduce terrorists' access to nuclear weapons technology.

Think about it. All our security threats -- North Korea, Iran, Syria and nonstate terrorist organizations like Al Qaeda -- are rooted in autocratically governed societies. The greater accountability, transparency, tolerance and nonbelligerence typical of democracies are indispensable constraints on proliferation and the emergence of transnational terrorist threats.

The choice is thus not between democracy and security but between the strategic and tactical dimensions of our foreign policy. Unfortunately, our Cold War tendency to strike deals with despots in search of short-term security or economic aims is all-too-well established. Yet many of the challenges we face today stem from the patterns we reinforced during that era.

President Bush acknowledged this reality in a speech he gave in November: "Sixty years of Western nations excusing and accommodating the lack of freedom in the Middle East did nothing to make us safe." A change in course is required. We need to break the pattern that divorces democratic ideals from the reality of our actions.

Instead of glossing over the enormous damage Pakistan has done to international security, the U.S. should be firmly pushing to reestablish the pre-Musharraf constitution. This would include restoring the autonomy of Pakistan's parliament and Supreme Court, as well as dissolving the governing authority of the unelected national security council. Pakistan's freelancing military and intelligence services, closely tied to Taliban and Pakistani Islamic radicals, should be reined in, depoliticized and made accountable to civilian leaders.

Demanding greater safeguards against proliferation is not enough. Institutional change is needed. Some will say that this is too time-consuming. Yet such objections overlook the fact that Pakistan will be a major battleground in the war on terrorism for at least the next 20 years, regardless of when we get Bin Laden. The tens of thousands of virulently anti-Western graduates annually produced by its madrasas assure that. If we don't start setting expectations for fundamental change now, then when?

Musharraf deeply craves international legitimacy. The United States should use that lever to impress upon him the need to bring about democratic reforms. Generous investment in Pakistan's education, health, agriculture and business sectors, as well as closer U.S. military ties, would be further incentives.

Those who contend that restoring democracy in Pakistan would open the door to radical fundamentalists should remember that it has been under Musharraf's autocratic rule that radicalized Islamic parties have gained their greatest political advantage. Fearful of losing in the 2002 elections, Musharraf blocked two mainstream political parties from participating. As a result, radical Islamic parties now control 20% of parliament's seats and are a minority partner in Musharraf's governing coalition.

Our support of authoritarian governments sharpens another inherent instability. Such governments lack a succession mechanism. When the dictator goes, all pledges to abide by the rule of law, avoid corruption and fight terrorism go with him. We are dependent on one individual, not the institutions of the state. And if he loses power suddenly, from a coup or assassination (three attempts have been made against Musharraf's life in the last two months), the scramble for succession could be highly destabilizing.

Continued unconditional support for Musharraf increases rather than decreases the risks we face. Getting Pakistan back on the path to democracy is in the best interests of ordinary Pakistanis and us.

Joseph Siegle is the Douglas Dillon fellow at the Council on Foreign Relations.

This story has been posted in the following forums: : Headlines; COS - Liberia; COS - Pakistan; Speaking Out