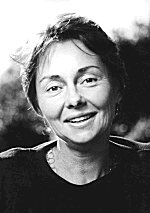 Helen Epstein suggests that a cure for South Africa's AIDS epidemic might be in a cultural revolution to break the code of silence about AIDS among black South Africans allowing people to acknowledge the disease and its devastating consequences for their lives. Openness in communicating personal experiences about the suffering of AIDS would lead to greater compassion toward those already afflicted and to a decline in new infections. Instead, South Africa has paradoxically—given Mr. Mbeki's search for a uniquely "African" solution to an African tragedy[1] —embraced a crassly Western, consumer-oriented program (the loveLife project) that promotes assertiveness, choice, empowerment, and positive approaches to safe sex, while skirting the depressing details of the epidemic which might alienate adolescents.

Both approaches, however, focus on individual behaviors when the root causes of the South African epidemic lie in the legacy of apartheid's barely concealed genocidal project. As Epstein has written in an ear-lier article, the mad social engineers of apartheid forced male workers to live in worker hostels that destroyed the social fabric of proudly patriarchal peoples.[2] Contained to concentration camp–type barracks near mines and factories, workers took temporary "wives" and formed "bedholds" in place of households.[3] When women were unavailable to service the army of displaced workers recruited from all over southern Africa, migrant workers engaged in same-sex relations, violating strong cultural taboos. Out of this crucible of forced migration, family disruption, inhumane living conditions, and general human misery was born an environment ripe for a sexually transmitted epidemic.

Frank talk about sex, death, and human suffering in the time of AIDS is a good thing, but it won't "cure" the epidemic. By the time most people anywhere in the world realize what AIDS is doing to them—i.e., when those close to them start dying—the damage with respect to transmission is already done.

The real problem of AIDS denial, as Epstein previously noted,[4] lies outside South Africa's impoverished townships. The state itself is in denial. While NGOs can prod governments into action, they cannot take their place. Epidemics require strong medical and public health institutions, providing early and coherent prevention and adequate medical care.[5] Thus far, most South Africans are receiving neither.

While, as Epstein notes, antiretrovirals are not a cure for AIDS, they do prolong life. South Africans deserve the same medical citizenship as AIDS patients in the US, Europe, and Brazil. They cannot be told to go home and face death quietly. Treated, AIDS patients return to work and to the care of their young ones. Untreated, they leave behind orphans and a decimated workforce. When dying people are restored to health before the eyes of the community, the ambiguity, myths, and denial about the viral cause of AIDS deaths are put to rest and treatment becomes the best educational tool available.

South Africa's Constitutional Court has just ruled that the government's current AIDS policy is an infringement on the constitutional "right to health care."[6] On August 8, 2003, President Mbeki's administration finally committed itself to developing a national HIV treatment plan, an about-face that could result in 1.2 million people receiving generic antiretrovirals within five years.[7]

But even generic drugs are prohibitively expensive.[8] With 80 percent of South Africa's population dependent on the state for health care, the current per capita expenditure is only $85.[9] So where is the money to come from? Given its root causes, South African AIDS patients deserve a share in any reparations paid to the victims of gross human rights abuses. Wole Soyinka's proposal[10] of a "reparations tax" levied on all white South Africans who were the beneficiaries of apartheid's violence could be extended to all nations that benefited from South Africa's forced labor policies. The global economy contributed to the spread of AIDS. Now it's time for a "global society"[11] to pay its dues.

This story has been posted in the following forums: : Headlines; COS - Brazil; Anthropology; Medical Antrhpology; Awards; AIDS; HIV