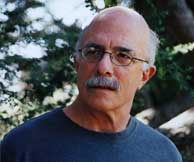 Tom recently released his book, Justice on Earth, a sequel to 1990's Wild by Law.

Soon after I graduated from college (Cal), I visited Glen Canyon on the Colorado and Escalante Rivers in southern Utah. This was in the spring of 1965, and the dam downstream had been backing up water for two years. About half of Glen was gone by then, the rest doomed to death by drowning. To visit those magnificent canyons on their death watch was a profoundly moving experience. I thought then if I could somehow help assure that such a tragedy never recur, it would be a wonderful way to spend a life.

I was lucky enough to find a job at the Sierra Club three years later (after spending two years in Turkey in the Peace Corps), where I worked for David Brower. That was the last year of Dave's tumultuous career as the club's executive director. He resigned in May 1969. I was fired, and proud of it. I helped get Friends of the Earth started that summer, and worked there for the next 17 years, mostly as editor of Not Man Apart, a scrappy newsmagazine that never enjoyed a large circulation but did have a fiercely loyal readership.

In 1985, Brower again ran afoul of his board of directors, which closed the FOE headquarters office and laid us all off. I came to work for Rick Sutherland at the Sierra Club Legal Defense Fund in March 1986 as staff writer, the first person employed to work on the newsletter and press relations. My job title--and the name of the organization--has changed, but the job remains essentially the same: opinionated journalist, describing issues and strategies and techniques that society must understand and adopt if the environment is to be preserved and restored.

One of those techniques is what makes Earthjustice so necessary. It wasn't until the early 'seventies, with the creation of this organization, the Natural Resources Defense Council, the Environmental Defense Fund, the Center for Law in the Public Interest, and the Conservation Law Foundation that environmentalists began seriously to use the law and the courts in the service of conservation. This proved to be a major watershed in the course of environmental progress. Where institutions like the Department of the Interior, the Forest Service, the Fish and Wildlife Service, and the Environmental Protection Agency can ignore demonstrations, letter-writing campaigns, and public-education efforts, they cannot ignore complaints filed in court. Litigation is generally the last resort of those who would stop ill-conceived projects, or improve regulatory regimes, and it is often the one that can break a stalemate, bring parties to the bargaining table, force resolution.

And, of the organizations mentioned above, Earthjustice is the one that still litigates as the major part of its program. We maintain a vital lobbying effort in Washington--more important than ever in these shrubby days--but litigation is still key.

And who knows? Maybe someday one of our brilliant attorneys--and that's not facetious, they are amazing--will come up with a legal theory for removing Glen Canyon Dam. That would be the ultimate achievement.

This story has been posted in the following forums: : Headlines; COS - Turkey; Advocacy; Environment; Turkey - Writing