Colombia RPCV Raymond F. Burghardt is US Ambassador to the Socialist Republic of Vietnam 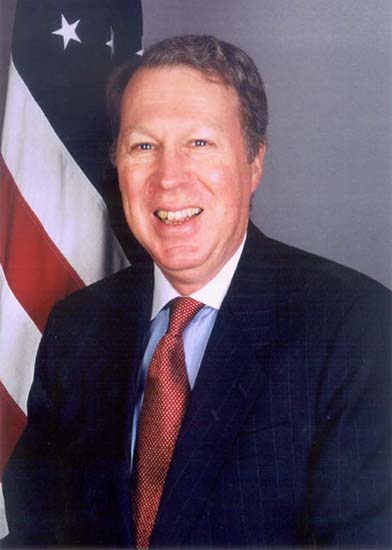 Colombia RPCV Raymond F. Burghardt is US Ambassador to the Socialist Republic of Vietnam

RAYMOND F. BURGHARDT
Ambassador to the Socialist Republic of Vietnam


Mr. Raymond F. Burghardt arrived in Vietnam on December 15, 2001. after having been nominated as Ambassador to Vietnam by President George W. Bush on September 4, 2001, and confirmed by the Senate on November 15, 2001.

Mr. Burghardt began his Foreign Service career in Vietnam, where he first worked for the Agency for International Development (AID) as refugee affairs officer in Gia Dinh Province (1970-71) and then as a political officer at the American Embassy in Saigon (1971-73). He later was responsible for Vietnamese refugee issues in Hong Kong during his assignment there from 1977-80. Mr. Burghardt was Deputy Director of the State Department's Office of Vietnam, Laos and Cambodia Affairs from 1980-82. In March 1982, he represented the State Department in the first U.S. Government delegation to Hanoi to negotiate resolution of the issue of American servicemen missing in action (MIAs).

Mr. Burghardt's previous positions have included an assignment on the National Security Council staff as Special Assistant to President Reagan and Senior Director of Latin American Affairs. He also served at the U.S. Embassies in Honduras and Guatemala. He was a Peace Corps Volunteer in Colombia before joining the Foreign Service.

Mr. Burghardt was born in New York City in 1945 and grew up in the New York metropolitan area. He received a B.A. from Columbia College in 1967 and did graduate study at Columbia's School of International and Public Affairs. He speaks Vietnamese, Mandarin Chinese and Spanish.

Mr. Burghardt is married to the former Susan Day. They have two daughters.

Story Source: US Embassy in Vietnam

This story has been posted in the following forums: : Headlines; COS - Colombia; Vietnam; Diplomacy