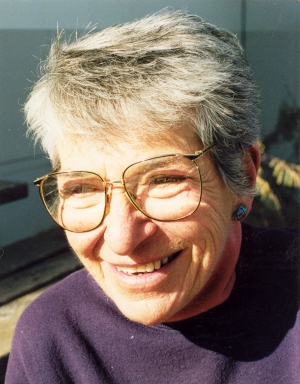 In 1984,after eight years serving as Peace Corps volunteers in Nepal and then with USAID in Cameroon, Earl and I came to Clarkdale, the new owners of Alcora Marble, a small custom manufacturing firm in town. And Clarkdale became home --- a very special place for us. Our eldest son joined us almost immediately and in 1997, our daughter followed. Today they are the mainstay of the company. In all, we have three children and eight grandchildren. I hold an undergraduate degree from the University of Denver ( where I was a member of the arts faculty), graduate/postgraduate degrees from Ohio State University and completed special studies at the Foreign Service Institute.

In 1987, I was asked to apply for our town’s Planning Commission and since that moment have served as a member of this commission (and its chair for 11 years) until being elected to the Town Council in 2000. During that time, I was elected to the Arizona Planning Association’s State Board of Directors for two terms.

I grew up in a home where being involved with and serving one’s community was a way of life and an honor - passed on through generations. My parents’ point of view was simple --- One receives from and gives back to one’s community on a continuing basis so that ‘catching-up’ never has to be. That being said, Alcora Marble was one of the founders of the Clarkdale Chamber of Commerce and the Central Basin Regional Council (a regional consortium of chambers, community groups and Native American nations). I am a member of the Arizona Town Hall and am honored to be one of the first ‘Women of Excellence’ selected by the American Association for Women in Community Colleges - Yavapai College, Verde Chapter.

The world of the visual arts has been the centering world for me for about 60 years. That made it really simple to begin Made in Clarkdale with another Clarkdale artist (back in 1987) to celebrate Clarkdale, its artists and their work. By the way, mark your calendars for the first Friday every December, for the gala opening of what has become a grand Clarkdale ‘tradition’.

This story has been posted in the following forums: : Headlines; COS - Nepal; City Government