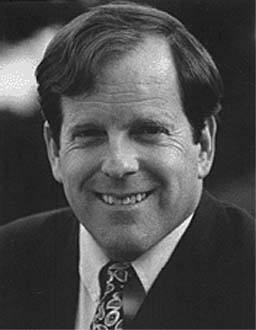 Backsliding on the environment

RECENTLY, President Bush recognized students from all over the country for innovative environmental projects during an Earth Day ceremony at the White House. One student had started a recycling program that spawned his area's first "green" playground made from recycled materials. Another conducted a science project to demonstrate the benefits of recycling every last drop of oil from used oil filters.
ADVERTISEMENT


The president and these top students made for an unusual match. After all, the basic idea that we can and should strive to find solutions to our environmental challenges -- something so obvious to these students -- seems lost on a Bush administration more preoccupied by what we can't do to protect our natural resources rather than what we can.

It hasn't always been this way. By the end of the 20th century, Americans' "can do" attitude had led to significant progress on almost every front toward a more environmentally sustainable society. Air and water pollution had been dramatically reduced, and society was committed to finishing the job. The number of acres contaminated by toxic industrial wastes appeared to be going down each year. Concentrations of lead in the bloodstream of urban children fell by 93 percent between 1978 and 2000.

Under the impact of the right-to-know provisions of Superfund legislation, American industries were finding that it was better business to clean up their toxic emissions than to admit to their neighbors just how dirty they were. Total emissions of toxic chemicals declined between 1988 and 1996 by nearly 50 percent, a reduction of more than 1.5 billion pounds.

Because of the efforts to ban or severely restrict ozone-destroying chemicals, the hole in the stratospheric ozone layer was healing itself. Sixty percent of the nation's waterways were again safe to swim in, twice as many as when the Clean Water Act was passed. The amount of protected habitat set aside for wildlife was increasing each year; President Clinton alone had designated 115 million acres for 50 different species. In addition to the bald eagle, the gray whale, the brown pelican, the gray wolf, and the grizzly bear had recovered -- or were on the verge of recovering -- sustainable numbers of their historic populations.

For most Americans, environmental progress had ceased to be controversial. Poll after poll revealed that citizens had decided: They wanted America wild (at least in part); they wanted it clean; and they wanted it safe from industrial toxics. They appreciated the progress that had been made thus far and were willing to pay the price to finish the job.

In a radical departure from a century of steady environmental progress, the Bush administration has sought to turn back the clock. Biologists have a term for species whose habitat or gene pools are so diminished that extinction is only a matter of time: "the living dead." The Bush administration has banished many of our most important environmental protections to this limbo.

The Clean Air Act is still on the books but is not being enforced. The national forests that Teddy Roosevelt mapped out on the White House floor with Gifford Pinchot still show in green on the map, but on the ground, chainsaws are converting them into clear-cuts and tree farms. The Superfund, bankrupt, is a shadow of itself now that taxpayers shoulder the cost of toxic waste cleanup instead of the polluters themselves.

The Clean Water Act still boldly calls for swimmable streams and fishable rivers, but its jurisdiction no longer includes the huge factory feed lots that smother waterways in animal waste. In only three years of Bush oversight, one-10th of our nation's surface area -- 234 million acres -- has been stripped of environmental designations that protected these lands from exploitation and destruction.

America is at a fork in the road -- one path leads backward toward the 19th century, the other forward into the 21st. The Bush administration is intent on taking us backward. But its brand of willful negligence has been bested before, and our union of air breathers and water drinkers, not to mention students, can beat it again. After that, the future will be ours to make.

Carl Pope is executive director of the Sierra Club. He and Paul Rauber are co-authors of the book "Strategic Ignorance: Why the Bush Administration Is Recklessly Destroying a Century of Environmental Progress."
© Copyright 2004 Globe Newspaper Company.

This story has been posted in the following forums: : Headlines; COS - India; Environment; Sierra Club; NGO's; Speaking Out