Someone pounded on Sarah Hoen's door around 5 a.m., startling the Peace Corps volunteer before the roosters crowed in her village in northwest Nicaragua 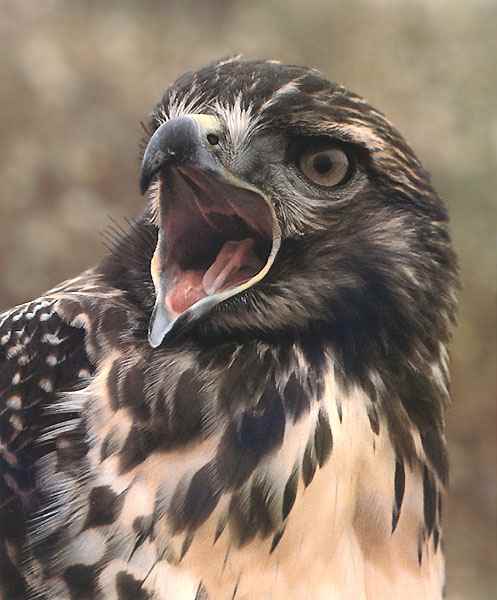 Someone pounded on Sarah Hoen's door around 5 a.m., startling the Peace Corps volunteer before the roosters crowed in her village in northwest Nicaragua

Someone pounded on Sarah Hoen's door around 5 a.m., startling the Peace Corps volunteer before the roosters crowed in her village in northwest Nicaragua.

Standing at her door earlier this year was Carlos Hemandez, a local farmer who also worked an early morning shift guarding a construction site.

He had news that March morning about a bird, and he needed to talk to her immediately. As his story unfolded, he showed her what he found: two mysterious metal bands on one of the bird's legs.

Hoen did not know what to make of Hemandez's find. But she took the bands and began some detective work, an effort that would eventually trace the bird's journey from a place thousands of miles away: Vermont.
A Bird's Beginnings

Steve Faccio was running out of time.

It was a late afternoon in June 2002, and the senior biologist with Woodstock-based Vermont Institute of Natural Science, was climbing Mount Horrid near Goshen, Vt.

Daylight was fading, and the hike had taken longer than they had planned. He, rock climber Jim Shimberg of Campton, N.H., and Faccio's then-10-year-old daughter spent much of their time cutting through overgrowth.

They found what they had been looking for on a cliff face: the nest of a peregrine falcon.

Faccio's job that day was to fit each of the four 24-day-old peregrines -- three males and one female -- with two bands on their legs, each strip containing unique information that allows wildlife officials to track their whereabouts and their success.

One band bears the imprint of the federal U.S. Department of Fish and Wildlife. The other band, which is black and green, is engraved with an alphanumerical code that can be read with a telescope.

Wildlife authorities such as Faccio have been monitoring the peregrine population in New England since the mid-1980s. Always small in numbers, the birds had been wiped out in the 1950s and 1960s by the use of DDT, the toxic insecticide used here primarily against mosquitoes and spruce budworm.

Medium-sized raptors that can capture their prey in mid-air, the peregrine falcons are at the top of the food chain -- and ingested all the DDT that their prey had. “With each meal,” said Faccio, “they were getting a small dose of it.”

But wildlife officials and private advocacy groups launched an aggressive campaign in the mid-80s to bring peregrines back to New England. Their effort involved breeding in captivity peregrines from other parts of the country and world and releasing them in the wild through a process called “hacking.”

Under such a technique, young birds that have not started to fly are put in what is called a hack box placed on a cliff face or ledge, the preferred nesting areas of the species. The boxes are constructed so that the birds can see what is around them but are fed through a chute, minimizing their contact with humans.

Now VINS, which bands about 20 falcon chicks a year in the wild, estimates there are about 30 adult pairs in the state.

That day in June 2002, Faccio got the bands on the four birds. Over on a nearby rock, his daughter had fallen asleep. Another daughter was at a friend's house waiting to be picked up. So he left the chicks in a hurry, without time to photograph them.
A Farmer's Find

A straight line from Vermont to San Jacinto, Nicaragua, is about 2,400 miles long. The rural village, where most of the 2,500 residents are subsistence farmers, is the future home to a geothermic energy power plant, said Hoen, the Peace Corps volunteer who teaches in the schools there.

The plant's construction workers built a large water reservoir, which is surrounded by tall wire fencing and guarded 24 hours a day. Not a bad idea, said Hoen: The temperatures are high and the air dusty, and overheated villagers would be tempted to take a dip in what looks like a large swimming pool.

In early March, Hemandez was on his shift guarding the perimeters when he spotted a large bird with a tiny bird trapped in its claws swooping over the construction site.

As he would later tell Hoen, two other, smaller birds seemed to be ganging up on the falcon, chasing it away.

The larger bird flew away from the approaching birds and went through a treetop -- and right into the fence. The farmer rushed to examine the bird. The impact with the fence had killed it.

On one of the bird's legs, Hemandez spotted something unusual: two bands, one silver and one black and green.

The silver one said U.S. -- The United States. Hemandez spoke no English, but knew someone who did. He hurried toward the home of the American Peace Corps volunteer.

Hemandez had reason to be excited: There's a rumor in the village that the United States generously rewards those who find the bird bands.

“I guess the word on the dirt trails down here is that if you find these bands on a bird and turn them in to the States, they send you a cash reward,” said Hoen in an e-mail. “He really thought he won the lottery there for a second.”

After Hoen took the bands from Hemandez, she found the name and address of Acraft Bird Bands, the Canadian band manufacturer, engraved on the black-and-green one. She found the company on the Internet and notified it by e-mail, providing the two figures on their black-and-green band: 6 and K. She also gave them a nine-digit serial number found on the silver band.

E-mail in hand, the company checked its records to see who purchased the bands with the number and letter identified by Hoen. Company records showed the bands belonged to the U.S. Department of Fish and Wildlife's state office in Concord.

An Acraft representative e-mailed Michael Amaral, the endangered species biologist with the Fish and Wildlife regional office. Amaral is the official responsible for providing the two kinds of bands to about a dozen groups of biologists in the Northeast who band peregrines. Checking his own records, he realized those particular bands had been given to VINS, which bands birds in Vermont.

Meanwhile, Acraft also sent the nine-digit code on the silver band to the federal Bird Banding Laboratory in Maryland, which maintains a database and takes reports from people who've found the bands. Officials there confirmed that the band had been provided to Amaral and used on a peregrine falcon in Vermont in 2002.

But exactly which bird was still not known until Amaral contacted Faccio, who checked the VINS database.

The 6 and K matched up with one of the male birds he banded nearly two years ago, that day on Mt. Horrid.

It was the first report of a peregrine born and banded in New England being found in Latin America, said Faccio.

Filling in the two-year gap of the bird's life is impossible, but, Faccio said, peregrines are famous for straying far from their original homes.

“It is a wandering bird,” he said. “It's not unusual for them to migrate long distances.”

The bird most likely spent winter in the warm climes of Nicaragua, but would have headed north and mated for the first time either this summer or next, said Faccio and Amaral.

Amaral marvels not only at the bird's flight, but also at the chain of humans along its journey who worked together to identify it.

“It was a nice coming together of people from a lot of different places,” he said.

Meanwhile, back in Nicaragua, Hemandez was disappointed to learn there would be no financial prize. But he brightened when officials with the Bird Banding Laboratory promised to send him a certificate of appreciation for his efforts.

“I told him that they had never received the bands from a location so far away and the first thing he said is ‘Oh, that must (mean) I will get a good prize, lots of money,' ” wrote Hoen. “So I had to make it very clear that there would be no money prize, but he seemed happy enough to know that he would be acknowledged in a certificate.

“I showed him on a map where the bird came from,” she wrote, “but that didn't seem to impress him as much as the news that he would receive a certificate.”

This story has been posted in the following forums: : Headlines; COS - Nicaragua; Falcon's; Ornithology