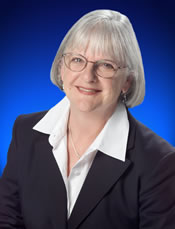 This week we spent some time with the Eugene mayoral candidate Kitty Piercy to get to know the a little bit better.

Kitty Piercy checks in with the staff at Planned Parenthood often, even though she's on a two-month leave from her public affairs work for the agency, as she runs for mayor of Eugene.

It's a juggling act she says she's become pretty good at over her 30 years living in Eugene.

"We came to here via living on an island in the Pacific, said Piercy.

Kitty, her husband David and their children moved here from Saipan, near Guam. Careers in education were the draw to Eugene. Before that both served in the Peace Corps, Kitty in Ethiopia.

"I was a very shy kid and to go so far across the world and serve in the peace corps was a very probably, set me on a path for the rest of my life," said Piercy.

Piercy says it's those years that still guide her in public service, as a legislator in the Oregon House of Representatives for six years and now in her bid for Eugene mayor.

"Running for office is a challenge, but you know I think it really forces you to test your mettle," said Piercy.

"I think one of the things that he's really shown is that a mayor can speak out on issues or steer in a direction and engage people in going in that direction," said Piercy.

Her days right now consist of going from meeting to gathering to event, but she has a plan for next Tuesday night.

"The first thing I'd do if I got elected would be to reach out to all those folks whether they supported me or not and say here's a moment where we can all head down the path together," said Piercy.

This story has been posted in the following forums: : Headlines; COS - Ethiopia; Election2004 - Piercy