If another Guard unit is mobilized, well-loved teacher and Botswana RPCV Richard Galli may go to war 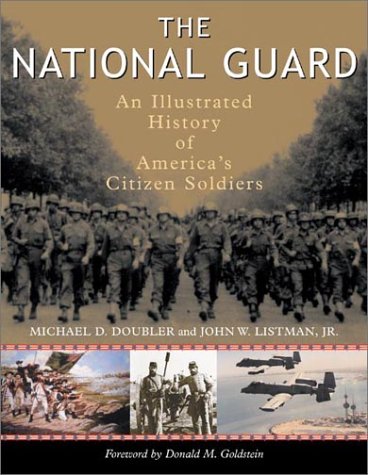 If another Guard unit is mobilized, well-loved teacher and Botswana RPCV Richard Galli may go to war

If another Guard unit is mobilized, well-loved teacher may go to war

Richard Galli calls it the best job in the world.

Other teachers might find it daunting, trying to teach American history to a bunch of scruffy, irreverent kids at the Bridger alternative high school, who show up in class wearing dreadlocks, pierced lips and T-shirts that proclaim "Teenagers from Mars."

But Galli is passionate about history, and he loves these kids. He will do just about anything to make history come alive for them.

In his classroom on the second floor of Willson School, he tells them stories. He also gives plenty of dates, statistics, tests and research assignments. But mainly, he tells stories -- stories gleaned from reading hundreds of history books, and stories from his own family.

He'll show them the suitcase his emigrant grandfather Ferruccio Galli carried from Italy to America. He'll tell them about the grandfather who was a bootlegger during Prohibition, and the uncles who had to leave home at age 14 because, during the Depression, there were too many mouths to feed, and not enough money for food and medicine.

"My mother watched two of her brothers die of scarlet fever and whooping cough," he told his class last week. "You know what my family lived on for a year in Great Falls? My grandmother made brooms. My grandfather chipped ice off the railroad tracks." Such labors might earn just 10 cents, but that would buy a loaf of bread for eight kids at home.

Now, ironically, this history teacher may be stepping into history. Mr. Galli may go to war.

As dozens of families are celebrating Saturday's return from Iraq of the Montana National Guard's 143rd Military Police Detachment, the anxiety is just starting for hundreds of other Guard families.

Galli, a Montana National Guardsman for 20 years, is a platoon sergeant in the 163rd Infantry Battalion. The 163rd has about 550 soldiers throughout Montana and is on alert status as part of Operation Iraqi Freedom.

No one knows yet if the 163rd will be mobilized or not, said Maj. Scott Smith, public affairs officer in Helena.

Since the United States launched war against Iraq, some units have been placed on alert but never mobilized.

Much information is kept secret for security reasons. The 163rd is headquartered in Belgrade, and has companies in Billings, Missoula and Great Falls, and detachments in Livingston, Lewistown, Anaconda and Hamilton.

Galli and his fellow guardsmen know that starting today, they will undergo two weeks of training in Helena. Then they'll come home for at least two weeks, which means Galli can attend Bridger's graduation. After that, who knows.

If mobilized, the 163rd would be sent to someplace like Fort Bliss, Texas, or Fort Benning, Ga., for a couple months of additional training.

If they are mobilized, Galli said, "We'd be sent where we're needed. I think anybody can read between the lines."

"There's a lot of uncertainty," said his wife of 14 years, Teresa, a Bozeman Clinic medical technologist. "It's very stressful. It's hard to plan for the future."

Her husband joked that they're used to the military's "mushroom syndrome," meaning "they feed you feces and keep you in the dark."

At age 48, Galli has been many things in his life -- an Army paratrooper in Italy, a Peace Corps volunteer in Botswana teaching history and agriculture, which he knew little about ("Some people find chickens, some people have chickens thrust upon them," he joked), a Bozeman ski bum, a Montana State University graduate student who earned a master's degree in history. He met his wife and fell in love at first sight, followed her into the Peace Corps, and now they have two boys, ages 4 and 7.

Lately, Teresa has been avoiding the news. "When he goes over, I'm not going to let the kids watch it," she said. "We're all going to miss him terribly. I'm definitely worried about his safety."

Galli watches the news constantly because he teaches current world affairs. He reads the New York Times, Mother Jones, The Nation and has his own opinions. But now it's time to be apolitical.

"My job is to take care of my men," he said. "It's a brotherhood thing. ... The closer we get to mobilization, I think people are tense, but we realize how much we rely on each other."

He has trained for war for three years in the regular Army and 20 years in the Guard, but has never been in combat.

"Everybody in my family has been in the military, for generations," he said. His dad was an Air Force colonel in Vietnam, his uncles and cousins fought in World War II, Korea and Vietnam.

"I look at the men in my family who served. They survived."

That's one of the positive lessons about history that he tries to pass on to his students, he said. "The world is not full of victims, it's full of survivors."

Galli said he has never had to face one of life's ultimate tests, like cancer or the death of a child. He wondered aloud if, for him, "This is going to be the ultimate test."

A year ago, a couple boys in Galli's classroom told a reporter they were gung-ho to join the military and go to war.

This year, one student is considering the Navy, said Dave Swingle, the assistant principal in charge of the Bridger alternative high school, which the Bozeman School District created to help kids at risk of dropping out.

Many students know someone who's in Iraq or going there soon. Paul Pickering, 17, said his sister Courtney, a former Bridger student, is in the Marines training to go overseas.

Danielle Devantier, 17, has a brother, Derek, in the Marines who just returned from Iraq. Her boyfriend, Jamie Wolf, is with the Marines in the hot spot of Fallujah.

"They get shot at all the time," she said. "He said it gives you a new perspective on life."

It has been very emotional for her, Devantier said. She has received a lot of support from Galli and his wife. At Bridger, she said, students and teachers become like a big family.

"All of us here are real upset because he's leaving," she said of her teacher. "It's scary."

"He probably one of the most influential teachers we have," said McKenzie Ball, 18, a senior. It's not just because Galli's classes are challenging and engaging. "He's a mentor and a role model for students. He really cares about the community and the kids here."

Ball said he used to feel apathetic and bored at Bozeman High. Now he's planning to not only graduate, but attend college in Washington and study political science, government and world economics.

For Stephanie Berger, 17, a senior, Galli is not only a good teacher, but "he gets to know us as people, not just as students."

"It's scary to know that somebody I know could die," she said.

"They're artists, musicians, wild kids, feral kids, kids that have kids," Galli said. "I tell them I love them 1 percent less than my own children. Some groan at that, and some haven't heard that. They're lovable kids."

"When I come back, I know I've got a job here. And I'll have more stories to tell," Galli said with a smile. "That is what history teachers do."

This story has been posted in the following forums: : Headlines; COS - Botswana; National Guard; Iraq

Where did you come up with the name Danielle Devantier?