by Dawn Gagnon; Of The News Staff

BANGOR - Many in the city were stunned by the unexpected death on Saturday of a woman whose work on behalf of those facing economic challenges spanned more than two decades.

Mary-Anne Chalila, the city's health and welfare director, was remembered this week as a woman who did not mince words and who dedicated her life to improving the lives of others, not only in Bangor but also throughout the region and state.

"It's just a shock," Council Chairman Dan Tremble said this weekend. "She's not just someone who came in and did her job. She was very involved with the issues and the people she served."

"All of us on the council will miss Mary-Anne," he said. "She was deeply committed to the city and to those served by her department. She was always direct and professional, and we placed great confidence in her judgment and her department.

"Her commitment to those in need went far beyond the requirements of her job - it was the core of her life."

Gov. John Baldacci and his wife, Karen Baldacci, who have a home in Bangor, also were among those saddened by Chalila's death. The governor said on Sunday that he came to know Chalila while serving on the Bangor City Council and that his wife worked with Chalila while employed as a dietitian for the Women, Infants and Children nutrition program, also known as WIC. 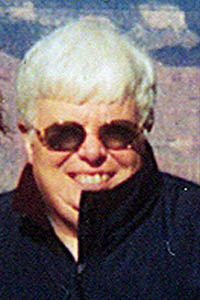 "I've known Mary-Anne for over 20 years," Baldacci said. "My wife was just saying [Chalila] was at our wedding. She was just a tremendous individual, someone who is very dedicated to helping people. Mary-Anne had a way of disarming you and getting a lot of the things she wanted done done."

Details of her death were unavailable.

Born in Connecticut, Chalila grew up in Phoenix, Ariz. After graduating from Arizona State University, she joined the Peace Corps, serving two years as an educator in the African nation of Malawi. She also served as a social service worker for the Arizona Department of Public Welfare before moving to Maine in the 1970s and accepting a post as a social service consultant to the state's Medicaid program.

Chalila's career with city began in August 1981 when she was named welfare director. Three years later she became director of the newly merged health and welfare department.

During her tenure here, Chalila was heavily involved in programs for the homeless. She was instrumental in establishing Park Woods, a city program that provides transition housing for homeless people working toward economic stability, and in landing federal funds for a range of homeless programs.

She also was a tireless supporter of Bangor's Children's Dental Clinic, which provides dental care to low-income children, and played a key role in efforts to improve mental health services in the region.

"Mary-Anne was a dedicated and caring department director whose professionalism and expertise were held in high regard, not only in Bangor but statewide," City Manager Edward Barrett said Monday. "She worked tirelessly to help those facing economic challenges, but she also expected those she assisted to work hard to help themselves."

According to city officials and published reports, Chalila also was active on the regional and state levels, serving as board president of Penquis CAP and a member of the statewide CAP board. She also belonged to the Maine Welfare Directors Association and the American Public Welfare Association. She was a member of Gov. Joseph Brennan's task force on homelessness and worked with several other governors, including Baldacci.

This story has been posted in the following forums: : Headlines; COS - Malawi; Obituaries

ITHANK YOU FOR YOUR PAGE.