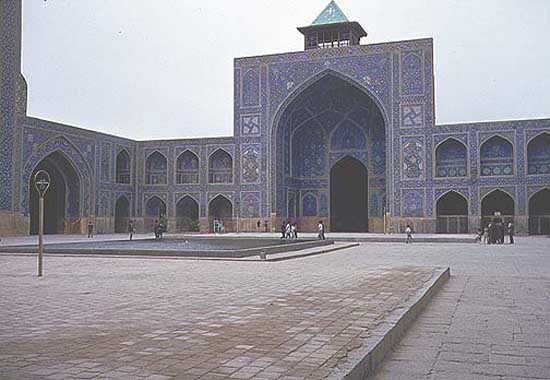 ASHLAND -- In the search for terrorist "sleepers" hiding among ordinary Americans, Pete Seda seems a most unlikely suspect.

Nearly everyone in this small Southern Oregon town has a story about Seda's advocacy for Islamic causes.

Crowds waved to him from downtown sidewalks each Fourth of July as he and his camel, Mandub -- "ambassador" in Arabic -- joined the parade marching down Main Street.

Dozens of college and high school students settled on rugs inside his Qur'an Foundation tent over the years to hear him describe a faith he believed was "misunderstood and misrepresented" in the West.

An Iranian who enrolled in Southern Oregon University in the early 1970s, Seda was known as "Falcon," what he later described in a court deposition as his "hippy name." By the mid-1980s, Seda was leading a Muslim prayer group at a local church.

This week, federal authorities announced they were moving to designate the Islamic foundation Seda established in Ashland as a terrorist supporter.

That announcement followed the Saudi government's closure of the Al-Haramain Islamic Foundation in Riyadh because of suspected financial ties to al-Qaida and other terrorist groups.

Seda has not been charged with a crime, but in early 2002 he and his foundation were placed on an FBI "watch list" of individuals and organizations with financial transactions that might have supported terrorism. More than 300 names appear on the list.

His friends say no one in Ashland thinks he should be on that list.

"If they were doing their job, they would be investigating real terrorist organizations and underground cells. That's where the real danger is. People who are out in the open -- like Pete Seda with his camel -- are not a danger to Americans," says Paul Copeland, chairman of the Southern Oregon chapter of the American Civil Liberties Union.

"There must be thousands of people in Ashland who would say their introduction to Islam in a very positive way came from Pete," says the Rev. Caren Caldwell of Ashland's Congregational Church. "He had a great life, business-wise and family-wise and friendship-wise and community service-wise. He was all over. And he was well-liked and respected and welcome wherever he went because of the kind of person he is."

But today, Seda -- born Pervouz Sada Gaty in the Shah's Iran -- is a man without a country for the second time in his life.

After Reza Pahlavi fell from power in Iran in 1979, Seda remained in the United States, married an American woman, had two sons, Joseph and Jonah, and built a successful tree-care business called The Arborist.

After the World Trade Center attack in 2001, his friends say, Seda's business fell victim to an anti-Muslim backlash that also targeted his family and his home. At the same time, his affiliation with the Saudi charity Al-Haramain Islamic Foundation drew increasing scrutiny from federal terrorism investigators.

In early 2003, Seda took his youngest son, Joseph, on a hajj, or pilgrimage, to Mecca and stayed on in Saudi Arabia to took look for work. In August, his second wife, Iranian-born Laleh, along with their friend Summer Rice, joined him in the Middle East. They live today in Dubai, where friends say Seda is deeply depressed and uncertain what to do, saying he doesn't know how to clear his name.

"He just is really depressed and having a very hard time. Things just keep piling up with no opportunity to know what it is he's suspected of doing and no opportunity to respond," says David Berger, an Ashland attorney who spoke to Seda on Wednesday. "They've become very, very depressed about what has happened to America."

Berger met Seda in 1995 when the Ashland Tree Commission recommended he get the arborist's help to obtain permission to remove trees on a lot where he and his wife were building a home. The two men soon became friends and Berger, a returned Peace Corps volunteer and community activist, learned about Seda's charitable work providing copies of the Quran to Muslims in prisons and supporting Muslim war refugees in Bosnia, Chechnya and the occupied territories.

In 1999, Berger helped Seda and four Arab men draft a statement that was part of Al-Haramain's settlement with PBS over inaccuracies in a "Frontline" documentary about the bombings of U.S. embassies in Africa. And on Sept. 15, 2001, Berger was at his friend's side as an attorney when Seda called the FBI to offer his help in the fight against terrorism and met with two FBI agents at his Ashland home, which doubles as the foundation headquarters and meeting place for prayers.

"They didn't ask many questions. They just listened. He showed them around," Berger says.

The federal agents saw the tent where Seda met with Southern Oregon students, the reading room with 2,000 books and pamphlets about Islam that Seda made available to local Muslims, and the hundreds of copies of the Quran he kept to supply prisoners.

But soon the backlash began, Berger says, with threatening letters, threatening phone calls and a man outside his mail service carrying a sign that read "All Arabs Must Die." Seda discovered a video camera hidden in the bushes across the road from the gate to his property. He noticed strangers lurking on his property line.

"Within 30 days (of 9/11) he would call and say, 'Can we talk?' He was absolutely convinced his house was wired, and he thought my office was wired," Berger says. "That's the kind of thing Pete was faced with after 9/11. Every time something would happen, he got more and more paranoid. And with good reason."

Berger once thought Seda should return to the United States to clear his name. Now he fears Seda would immediately be seized by federal investigators and jailed incommunicado as a material witness.

Today, many in Ashland view Seda as a victim of the Patriot Act.

"It's really a tragedy," the ACLU's Copeland says. "He's such a minor player in all these concerns about Muslim charities. It's swept him up. It's really destroyed him. It's destroyed his business and run him and his family out of the country."

Copeland has known Seda for four years, shared a podium with him many times and asked the arborist to join his ACLU board.

The Rev. Caldwell met Seda 18 years ago when he came to her church looking for a place to hold worship services Friday afternoons. She said he had returned on Sunday many times in the years since to educate her congregation on the tenets of his faith.

"The people I know are incensed," she says. "Every time it comes out in the paper, you hear more concern -- 'I wonder how Pete's doing?' -- and just disgust with the government and the Patriot Act and that people would be profiled because of their religion and chased out of the country."

This story has been posted in the following forums: : Headlines; COS - Iran; COS - Jamaica; Law; Patriot Act