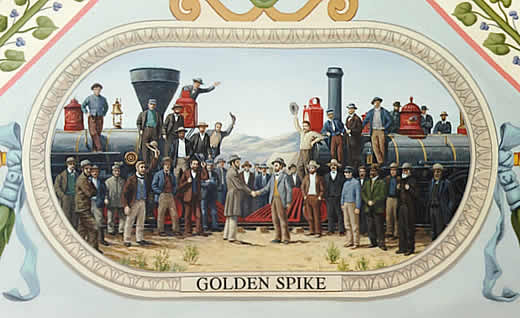 Journalist David Bollier has just written a book which offers the possibility of bridging several realms of discourse all concerned with increasing corporate power, globalization, and the seizure of property at the expense of the “commons” in the form of “privatization.” Silent Theft: The Private Plunder of our Common Wealth, (Routledge, 2002; 250 pages) is an account of how nature in all its forms as well as language, the heritage of human knowledge, law, the internet, and other commons too are all being captured by private interests.

It has an alarmist tone, as it is true that the trend has picked up quickly in the last two decades. The final chapter offers a few remedies. But although he uses a page to allude to Henry George's “socially created value,” I think he misses the significance of most of it.

The book is nonetheless useful because it brings together an enormous array of material and reference citations that will be valuable to us. And there is every indication that Mr. Bollier is open to the geoist message, as he shows insight into parts of it without ever really “seeing the cat.” What is lacking is a realization that collecting economic rent can have the very effect of preserving the commons that he is so rightly concerned about being destroyed. He sees that economics can be a very destructive force, but doesn't see that another alternative economics could be constructive.

Bollier appreciates that economic relationships are at best instrumental exchanges, based at best upon self-interested calculation of advantage among parties involved. But his answer is to call for higher forms of self-interest (although he eschews the word altruism), to preserve the commons and encourage greater social fulfillment, admitting that economic exchanges can do little more than provide the floor for such a society.

But how will this new society be protected against those few who perhaps cannot rise above prudential calculus and always live on that floor? Cooperative exchanges bulwarked by appreciation of common weal may well raise some men's concerns and behavior above selfish motivation, but there may always be a few scoundrels undermining such tendencies and perhaps send them into reverse. “What goes around comes around,” as the expression goes. Societal good will evolves through and depends upon generalized trust, and that can lead either upwards or downwards. There is no guarantee of human progress as this last century well knows. Many societies have spiraled into entropy and disintegration, and we are guaranteed no golden future. Hortatory messages likely won't be enough.

He notes, for example, (p. 38) that when an asset “is treated as 'property' — once it can be exclusively owned and withheld from the community — its power as a gift [i.e., the community goodwill] begins to wane. That is because hoarding a gift or using it as capital takes it out of circulation. It breaks the spell, as it were.” To preserve the commons calls for cooperation and sharing in human relationships — in his words, “gift relationships.” “This points to the folly of talking about 'social capital,' as so many sociologists and political scientists do. Capital is something that is depleted as it is used. But a gift economy has an inherently expansionary dynamic, growing the more that it is used.”

Apart from exhortations to act more appreciatively of the commons, Bollier needs an economic framework that will help to bulwark and protect it. Throughout the book he wrestles with the question of the propriety of owning natural resources in all their forms — what geoists call 'land' — but never once does he recognize that such ownership is divisible into various components. He doesn't see that so-called property is, as the law describes it, a “bundle of rights,” separable into pieces, one of which is rent creation.

The idea that economic rent could capture for public benefit the natural productivity of the commons, protect it from being overwhelmed by private interests, yet leave the engines of private motivation to generate the productivity of which it is capable, is the heart of the geoist idea. Providing basic security and economic justice for all humanity is the piece of the puzzle that he needs in order to make his vision a coherent philosophy. His work, he says, is an ongoing exploration of answers, part of a “much larger project.”(p. 176) There is good reason to believe that Bollier's "larger project" could become a geoist one.

Our thanks to reviewer Bill Batt.

This story has been posted in the following forums: : Headlines; COS - Thailand; Economics