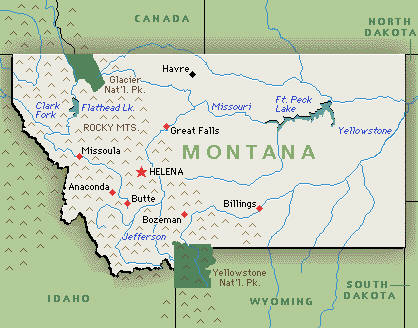 Younkin said she was "thrilled" with the news, which she said were early fruits to her hard work on the campaign trail and her message of bringing order to the court.

Nelson said winning the primary was never his goal. His eyes are on the only election that counts: the general.

The primary election for Montana Supreme Court is something of a tease: because no Supreme Court race is against more than two candidates, all five - even Tuesday's losers - will advance to the November election. Still, the results shed light on a race that is traditionally reserved and more difficult to predict than the more heated races for governor and other state-wide offices.

Five candidates are vying for spots on the state's top court. Incumbent Nelson, 60, squared off against Younkin, 45, a Republican leader in the state's House of Representatives and a Bozeman lawyer. Morris toed up against McLean, and Justice John Warner, 61, is running unopposed to keep the seat to which he was appointed last spring.

The contest between Nelson and Younkin has so far proven the most lively. Younkin has accused the current court of being "activist" for overturning its own rulings too often and "legislating from the bench." Nelson has countered that the court owes each case that comes before it a careful study and judicious resolution - a process that sometimes entails overturning previous court decisions. He also said Younkin's attacks misrepresent the court.

Younkin is also facing a malpractice suit now before the Montana Supreme Court for giving bad legal advice to the town of Clyde Park in a water rights case. Younkin has called the case "politically-motivated," while town officials, who brought the suit, said bum advice, not politics, is at the root of the complaint.

Nelson, originally from Idaho, was a lawyer in Cut Bank for 20 years practicing all kinds of law. He also served as the Democratic Glacier County attorney for 14 years. He was appointed to the top court in 1993 by Gov. Marc Racicot and has twice won re-election.

Younkin, a former Peace Corps volunteer and now a Bozeman attorney, has served in the Montana House since 1999. She has been a lawyer in Bozeman for 14 years.

This story has been posted in the following forums: : Headlines; COS - Fiji; Law