Mirella Shannon works in IT in Belize 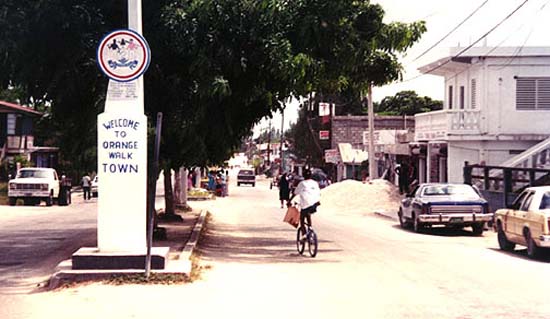 IT Volunteers Recharged By Peace Corps

Shannon is one of 25 volunteers assigned to the Peace Corps' IT initiative in Belize launched in July last year. She's built computer labs, trained teachers and is now teaching in a new bachelor's degree program at the University of Belize.

"It's hard work, in that you have to be a creative problem-solver," Shannon says. "I had a large staff. I had secretaries. I had copiers. I had just about everything at my disposal. And here, I have my head and my two hands."

It was Shannon's daughter who started researching the Peace Corps last year, but it got Shannon thinking. "I was a '60s child," she says. "I wanted to do it then but couldn't."

As they say, better late then never.

For young volunteers, "I think this is a wonderful training ground," Shannon says. "You're going to do problem-solving you're never going to see [elsewhere]." For more experienced workers, she says, "it is a method to re-energize yourself, to get your hands into it again."

Bob and Jo Link also had dreams of joining the Peace Corps after college. But when Bob was drafted into the Vietnam War, those dreams faded. Like Shannon's, his dreams resurfaced through his daughter, Jenna, who now serves as a teacher in the Philippines.

At first, the Links thought it was a crazy idea. They had good jobs in Hawaii: Jo was a teacher, and Bob was a network/systems manager at Canada-France-Hawaii Telescope Corp.

"Then we said, 'Why not? Life is short. Let's go for one more adventure,' " recalls Bob Link, who teaches an introductory computer class to primary school teachers with his wife in Belize's capital city, Belmopan.

"Some of these people have never seen a computer before," he says. "In a small country like this, you can have a big impact. So it feels good."

The Links aren't sure what they'll do when their service ends next summer, but they say they'd like to continue to serve others. "It kind of opens your world up a little bit," Bob Link says.

When asked what she'll do after her service ends next August, Shannon pauses.

This story has been posted in the following forums: : Headlines; COS - Belize; IT