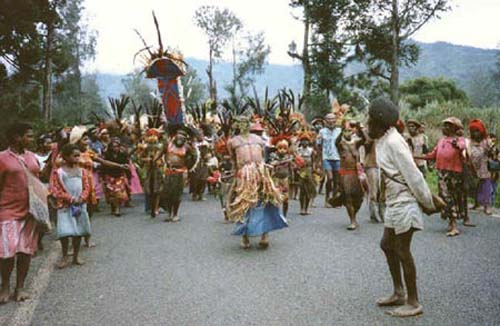 The Booth family of Laporte will be leaving their large, four-bedroom home on eight acres, with 500 feet of lakeshore, to live in a duplex in Halesowen - a suburb of the second largest city in England.

They’ll cross over the oceans with wild rice, mini Paul and Babe statuettes and other Minnesota tokens to share.

The only family member not making the trip is their 9-year-old Australian shepherd dog, Buddy, who’ll be staying with relatives.

Steve, a third grade teacher of 19 students at Laporte, will be teaching 30 first grade students at a state primary school in Birmingham through the exchange. While he’s abroad, he’ll maintain his current salary and benefits.

Kristi, district manager for Minnesota Public Radio, will spend about eight hours a week working on MPR projects, and the rest taking care of Erin and Jackson, touring the city and volunteering.

Erin and Jackson will be wearing school uniforms to their school, located walking-distance from their loaner home.

They plan on buying bikes first thing, so they can bike and rollerblade on pavement - as opposed to the dirt road surrounding their Laporte home.

Steve applied for the Fulbright teacher grant a year ago. The whole Booth family was interviewed in November and matched up with an English family in March.

Steve is one of four Minnesotans awarded the grant.

Daniel Lassetter, a third grade teacher from England, wife Seanna, and three young children Megan, Abbi and Joe, will be living in the Booth’s home for a year, starting Aug. 6.

Lassetter will be teaching Booth’s class and his children will be attending school in Laporte.

The Booth and Lassetter families will be living in each others’ homes, driving each others’ vehicles, (which they’ll purchase from each other) and experiencing life in a large - or in the Lassetters’ case - small town.

"A big reason we’re doing this is for the kids," Steve said.

Steve and Kristi, both well traveled, believe Erin and Jackson are at an ideal age to experience new things.

At Jackson’s age, Steve spent about six months in Guadalajara, Mexico, while his father was on sabbatical.

The experience left such an impression on him, that he wants the same experience for the children.

"(It’s) a grand adventure for our family ... a wonderful opportunity for our children and a great honor for Steve," Kristi said.

Steve and Kristi have already experienced traveling adventures. They met in Costa Rica in 1983 through separate college programs. Two years later, they married.

They were both in the Peace Corps in Papua New Guinea from 1990-92.

Although Steve hasn’t been to Birmingham, he lived in England for three months during an international high school experience, traveling around England and Wales.

Despite their worldly parents, it’ll certainly be an adjustment for Erin and Jackson, who have never lived the urban lifestyle.

"They’re looking forward to having chums right up the block," Kristi said.

It’ll be some adjustment for Steve too.

The school where he’ll be teaching has more than 600 students in kindergarten through second grade.

England has a national curriculum - with lessons prescribed day-to-day, Steve said. He’ll be teaching from Sept. 1-July 22, although the Birmingham school has longer breaks.

Marilyn Heltzer and Natalie Grosfield will be covering for Kristi while she’s in England.

Kristi will be the official trip planner, arranging weekend and holiday trips to Stratford upon Avon, Scotland, Wales, London and France. "We’ve got a lot of big plans," Kristi said.

This story has been posted in the following forums: : Headlines; COS - Papua New Guinea ; Teacher Exchange