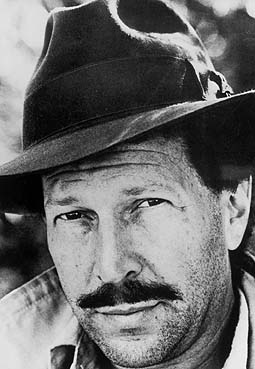 Caption: Kinky Friedman served as a Peace Corps Volunteer in Malaysia in the 1960's, He is is a musician, philanthropist and, with any luck, the next governor of Texas.

Why would anyone in his right mind want to get into politics? Now, that's a two-part question.

If I'm crazy enough to write this piece, I'm probably crazy enough to get into politics. I'm a little too smart to be governor of a large state, but I think I can handle it. I sure hope so, because in two year's time I'll either be governor of Texas or building a birdhouse at the Buttocks, Texas, Home for the Bewildered. Only time will tell.

I will be running as an independent in that great bastion of independence, the Lone Star State. People here, like most everywhere else in the world, are tired of being lied to by career politicians. We're tired of ribbon-cutters, of people who've been in politics so long that their very smiles have become little more than rictuses of greed and power. To paraphrase the late Ronald Reagan, the other guy's got the experience — that's why I'm running. Besides, as I often tell my future constituents: "I'm a Jew. I'll hire good people."

Now outside of Israel and Texas, that particular sentiment may not resonate very well these days. But you must remember that Texas has a humongous amount of spiritual elbow room, of wide-open spaces between people's ears. Inside this aching expanse of geography, the citizenry can be both surprisingly progressive and traditional. On the progressive side would be someone like Buddy Holly, a young man living in the middle of nowhere, with little or no outside input or influences, who creates an original sound that influences The Beatles and the future of rock 'n' roll. On the traditional side would be the fact that most Texans love Jews. This, I suspect, is the result of a bonding that has occurred because both groups wear their hats indoors.

Texans love the Holy Land, and they are some of the world's biggest supporters of Israel. I, of course, intend to take full advantage of this sentiment. I've even considered hiring Orthodox rabbis to ring bells outside shopping malls with collection buckets that read, "Vote for Kinky."

Speaking of peyes, I have a Palestinian hairdresser in Houston. That's why I always wear a hat.

His name is Farouk Shami and he tried to straighten my hair recently, which had the unfortunate result of making me look like Hitler as a used-car salesman. Nevertheless, Farouk and I have come up with a new product on the market this summer, Farouk & Friedman's Olive Oil, from Farouk's family's olive groves south of Jerusalem, which have been harvested since before the times of Jesus. One hundred percent of our profits will go to Israeli and Palestinian children affected by the conflict. We aim to show Arafat and Sharon how it can be done when we work together. And when I'm governor, Farouk, a man of deep and abiding peace and the father of the Chi iron, will be my ambassador to Israel.

Needless to say, the governor of Texas does very little heavy lifting. That doesn't mean he couldn't be doing some spiritual lifting, and I aspire to inspire before I expire. I want to fight the wussification of Texas; we didn't get to be the Lone Star State by being politically correct. I also plan to start a Texas Peace Corps, and that is not an oxymoron. I will fight to see that no innocent man is killed on death row, and that includes Max Soffar, a Jewish inmate who's lived the past 23 years in solitary confinement for a conviction based solely upon his long-ago recanted confession.

I've had a great deal of human experience in my life, and very little political experience. When it comes to political matters, "Read my lips — I don't know." All I'm sure of is that the professional politicians have gotten us into the pathetic and apathetic situation we're in today.

Richard "Kinky" Friedman, author of the forthcoming "'Scuse Me While I Whip This Out" (HarperCollins), is a musician, philanthropist and, with any luck, the next governor of Texas.

This story has been posted in the following forums: : Headlines; COS - Malaysia; Writing - Malaysia; Politics; Humor; Jewish