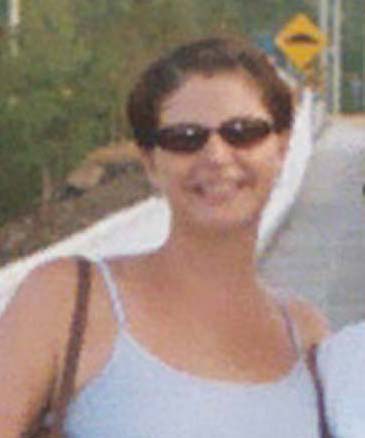 Leigha Fassett
Photo by: Courtesy to the Ledger Dispatch
Leigha Fassett watched “Dirty Dancing” as a child and was so intrigued by the main character’s desire to join Peace Corps, that Fassett herself wanted to do the same.

Peace Corps is an agency that was formed in 1960. Then-Sen. John F. Kennedy challenged students at the University of Michigan to spread peace around the world to help people build better lives for themselves. Peace Corps volunteers work in areas such as youth outreach, business development, health awareness and education.

Fassett, a 1998 graduate of Amador High School, has been in Nicaragua since January 2003. She works as a rural health educator working with pregnant women, teaching groups of young females and implementing health education classes in nearby high schools. “I have had the most personal satisfaction working in the area of sexual reproductive health because the infrastructure already exists in Nicaragua,” Fassett said.

Most days Fassett gets up before sunrise “to run before the infamous Nicaraguan heat sets in.” After her morning run, Fassett bathes in a “bucket bath.” In the village where she’s staying, there is no running water in the mornings, so she has to save water the night before in a bucket. She then heats up her breakfast - usually oatmeal - on a propane stove.

Last year, Fassett had a problem with mosquitoes, so she is trying to prevent the same dilemma this year. “I am more careful about mosquitoes than I used to be because last October I came down with dengue fever,” Fassett said, “and I felt like I was dying for four days and then had a painful full-body rash for another four.” She now takes more precautions so she is not in the same predicament.

Fassett, who will be in Nicaragua until March 2005, said she has gotten a lot out of her Peace Corps experience, so that she doesn’t mind the cultural changes she’s had to endure. “Either I have become used to the inconveniences or they were not that bad to begin with because I don’t think my sacrifices are that great,” she said.

“But what drags me down some days,” Fassett continued, “is being away from my family and friends, easy communication and the intellectual and cultural stimulation I took for granted when I lived stateside.”

Fassett said that even though it’s hard for her to be away from her friends and family, they have been very loving by sending lots of e-mails and packages. She has even had three visitors come to see her and more are planned this year. “That is proof that besides its goals to alleviate poverty and encourage cultural understanding between volunteers and host country nationals,” Fassett said, “the Peace Corps is also accomplishing its often overlooked third objective: to see a multiplier effect of cultural awareness in the U.S. when current and former Peace Corps volunteers share their experiences with Americans back home.”

In the future, Fassett would like to get a second bachelor’s degree in film so that she can make a documentary. She believes documentaries are an effective way to educate people on topics in which they would otherwise have no interest.

For now, Fassett is concentrating on getting help for the people of Nicaragua. With the help of Nicaraguan doctors, Fassett is writing a grant proposal for money to help pay for improvements at a local health center. “To be eligible for the grant, the doctors and local community have to contribute 25 percent of the value grant,” she said. Donations of gently used twin sheet sets and maternity pajamas can be used toward the 25 percent needed to get the grant. Anyone interested in donating items can contact Fassett at pryncess_leigha@yahoo.com. For more information on Peace Corps, visit www.peacecorps.gov.