Why I Love Crime Fiction by Jamaica RPCV Leonard Chang 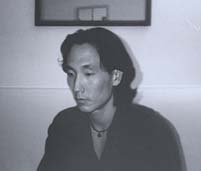 Why I Love Crime Fiction by Jamaica RPCV Leonard Chang

Why I Love Crime Fiction
by Leonard Chang

Picture this: You are a nine-year-old listening to your parents scream at each other in Korean, their words incomprehensible because you don't understand the language, but the savagery of their intent is clear enough. You don't want to leave your bedroom because you will draw attention to yourself, so the only thing you can do is sit and wait. You have dozens of books on your shelf. Your favorite: Alfred Hitchcock and the Three Investigators series, with Jupiter, Pete, and Bob-the brains, the muscle, and the administrator-solving crimes you wish you could solve. You find yourself enthralled by their adventures. You wish you could, like them, fix a world that has gone awry.

Or earlier: You are seven years old sitting on the steps alone because you have no friends, but you do have the complete Encyclopedia Brown series, with the solutions to the mini-mysteries printed upside down at the end. However, you are either not smart enough or you've raced through the story too quickly, so compelled by the wonder of this boy genius solving neighborhood crimes (and you would like to be similarly popular), but you've missed all the tiny clues -- the unbroken glasses in the boy's breast pocket, indicating that he had faked the fight; the knife buried in the watermelon, so it would have been impossible to know the length of the blade unless it was actually his knife -- and you have no choice but to turn the book upside down to read the solution. Then, when you see the answer, you think, Of course! And you reread the story, now seeing all the clues so clearly.

Or later: You are studying philosophy in college, and though you enjoy it you find something missing in this world of analytical reasoning and syllogistic logic-you miss the human element, the connection of people and emotion and family-and one evening while browsing in the used bookstores in Harvard Square you rediscover the mystery and crime section. You read The Maltese Falcon for the first time and cannot believe how good it is. You find existential underpinnings in the words of Hammett, and are fascinated by how cool Sam Spade is. You begin to read more Ross Macdonald than Descartes. You study Chandler and Richard Stark more closely than Kierkegaard and Sartre. Then you discover that Camus, before writing The Stranger, read and re-read James M. Cain's The Postman Always Rings Twice, and in fact modeled his emotionless, deadened prose on Cain's work, and you think, Of course!

Or even later: Your first two novels are about race and ethnic conflict, decidedly "literary" novels, but even in these novels the central acts are those of transgression and criminality, of pulling out a gun or stealing or killing, and when a literature student at U.C. Berkeley reads your first novel and writes a paper detailing the influence of Jim Thompson on your characters and situations, you immediately go back and re-read Thompson's classics -- The Killer Inside Me, After Dark My Sweet, The Grifters, and Pop. 1280 -- the same ones you devoured while in college. You realize that the undergraduate is right. You swallowed and absorbed Thompson whole. You realize that you've been writing crime novels all along, only shrouded in literary pyrotechnics with Ethnic Studies stamps on the covers, and you then go back and systematically re-read all those novels you loved as a college student.

And then you find your voice. You remember how Ross Macdonald probed many of the familial issues you are concerned about and you decide to write a novel containing your usual obsessions-race, family, relationships, the past in relation to the present-but with a noir sensibility, and as you write this novel, which becomes Over the Shoulder, the first Allen Choice novel, you feel something clicking in the work that has not happened before, a coalescing of ideas and stories and intentions. You begin thinking about a series, just like those series you admired as a reader, and envision long-term trajectories of stories and characters and themes. You write a second Allen Choice novel, Underkill, where even more of these issues are teased out and explored, where the deterioration of Allen's relationships mirrors in a small way your own failing marriage. You realize that you can render on the page Allen's life, his work, his being. You remember more of your childhood reading, connect them to your interest in philosophy, and conclude that both are premised on the impulse to figure out the world, to analyze in a methodical way the elements that have created chaos and disorder. The analyst, whether a private investigator or a rationalist philosopher, seeks within his or her own moral and personal code to discover and articulate what has gone wrong, to right these perceived wrongs, to find a view of the world that is worth living in, to reorder and contain the chaos. What is a private detective but a philosopher in a trench coat?

But this is just the beginning. You see many, many more novels ahead. When you were a child and felt the world beyond your control, the violence and tension all around you forcing you into books where you felt some safety and cohesion, you thought, Why can't I live in this place? And here you are every morning constructing these worlds which sometimes feel too real. You dream about your characters. You have spoken to them in your sleep, and they have replied back in a voice that is not your own. But writing these novels is more than a selfish attempt to duplicate that alternate universe you craved for as a child; it's also a gift to that same reader, though now perhaps grown, who searches for those stories to engage and compel, identifying with the characters, deciphering the puzzles. You and your reader exist in a world that can be treacherous and violent and frightening, like the world within a crime novel, but at least with the private investigator, your Ariadne in the labyrinth, you and your reader can attempt to understand the world together.

Leonard Chang is the creator of Allen Choice, a Korean-American security expert turned private eye who has so far appeared in two novels, Over the Shoulder (2001) and the recently-released Underkill (2003). His first two novels, The Fruit 'N Food and Dispatches from the Cold, garnered much praise for their deft handling of racial tension, thwarted dreams and existentialist angst. Leonard teaches at Antioch University in the San Francisco Bay area. For more information, visit his web site at http://ww.leonardchang.com, where this essay was originally published. Reprinted by permission of the author.