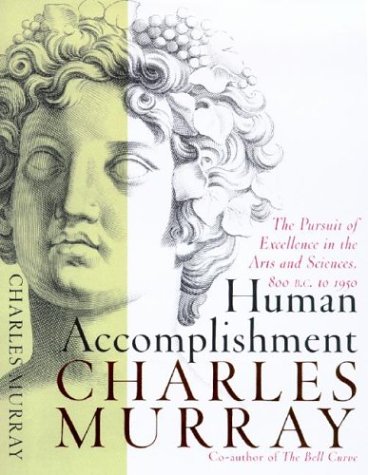 Once a decade, Charles Murray drops a bombshell book on American intellectual life.

Murray took some time to discuss "Human Accomplishment" with me.

This story has been posted in the following forums: : Headlines; COS - Thailand; Writing - Thailand; Sociology