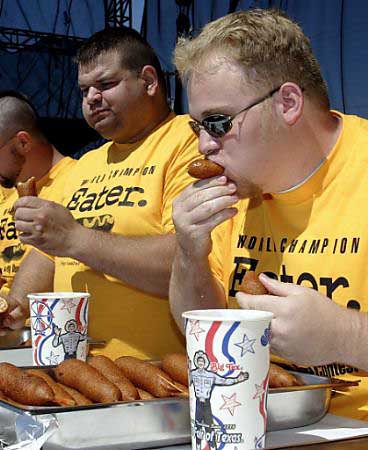 A report released today by Diabetes New Zealand (DNZ) and Fight the Obesity Epidemic (FOE) shows that a Fat Tax is viable and justifiable.

The report titled “Cutting the Fat: How a fat tax can help fight obesity” outlines the principles and practicalities of implementing such a tax and concludes two taxes are required – one for fat and the other for soft drinks, snack foods and other “energy dense/nutrient poor” foods.

“A fat tax is the only way to make a significant impact on obesity rates in New Zealand” says Dr Robyn Toomath, FOE spokeswoman. “Public health education strategies have their place, as outlined in the recent Ministry of Health HEHA (Healthy Eating, Healthy Action) report, but these strategies alone are not going to be sufficient to reduce the rate of obesity.”

“Regulatory changes are also required, such as those proposed by FOE and DNZ recommending to the Ministry of Health that the revision of the 1956 Public Health Act restricts advertising on television and the sale of inappropriate foods and drink to children in schools.

Legislation and taxation acting together would provide the far reaching change that is required to reduce obesity. We have seen the success of these strategies on the sales of alcohol and cigarettes. This report indicates that a fat tax has great potential as a tool to limit the obesity epidemic.

“A Fat Tax is not difficult to justify” says Dr Toomath. “Firstly, the money raised can be thought of as partially offsetting the cost to society resulting from obesity. The money collected could be directed to vote health and spending targeted to cover the costs of conditions such as diabetes, sleep apnoea treatment, knee replacements and heart disease. To completely offset costs the report suggests a figure of one billion dollars a year is necessary - approximately $5.00 per person per week. An alternative way of spending the money collected is to allocate it to prevention programmes for diabetes and obesity in the way that some of the revenue from alcohol taxation is given to the LTSA, or funding from petrol taxes and vehicle licensing is given to ACC.”

“There is good evidence from cigarette smoking, that increases in the cost of some food is likely to be a reliable way of influencing food choices choice. How big the price change would need to be in order to change behaviour has yet to be determined, but it may well be that children and adolescents are more sensitive to these effects because of their limited access to money” says Dr Toomath.

Finally, the report suggests that even if consumers prove not to be too price sensitive, that food producers will be.

“If food can be manufactured in a way that brings it just under the cut-off for a penalty payment then you can guarantee that taxation will bring about change in this way. We know that there is huge potential for reducing the consumption of calories by imperceptible changes in cooking practice” says Dr Toomath.

Dr Toomath said that the report is a valuable resource indicating that it’s time a fat tax appeared on the agenda if we are to seriously tackle the obesity and diabetes epidemics.

The report was prepared by Jim Sinner and Sky Davies from the Ecologic Foundation.


About the Ecological Foundation

The Ecologic Foundation is a "think tank" dedicated to promoting sustainable development through policy analysis, research, communication and consultancy. Its focus is on working toward solutions to environmental problems that integrate environmental, economic and ethical factors, rather than promoting one aspect at the expense of others.

Jim Sinner, a resource economist, is a Senior Fellow at Ecologic - where he leads a research programme on Institutions for Sustainable Development, funded by the Foundation for Research, Science and Technology. His current research interests include the use of tradeable permits and other economic incentives for water allocation and water quality, local air pollution and fisheries.

Sky Davies was a research assistant at Ecologic during the first half of 2004. She is a recent graduate of Lincoln University, and has also served as a Peace Corps volunteer in Bolivia. She has been awarded a Commonwealth Scholarship for study at Oxford University, starting in September 2004.

This story has been posted in the following forums: : Headlines; COS - Bolivia; Fat; Diabetes