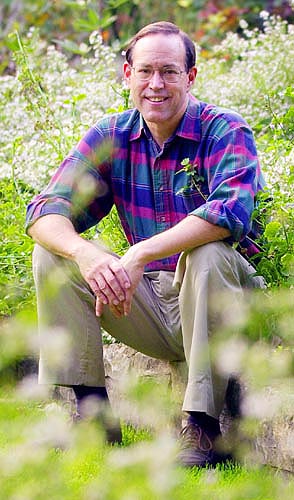 All eyes on Ohio
Showdown shaping up in Buckeye State

(CNN) -- The nation's political epicenter traditionally sits in Washington, D.C. But this year, it may shift several hundred miles west to Ohio.

An evenly divided electorate, telltale political precedent and, most important, 20 electoral votes have focused the attention of party stalwarts and political pundits on the Buckeye State. In terms of candidate visits, political commercials, campaign staffing and grass-roots "get out the vote" efforts, few locations rival Ohio this election season.

"Any state can make a difference, but when you look at the arithmetic, ... it's hard to imagine that the party that loses Ohio can win the presidency," said Ohio State University professor emeritus Herb Asher. "This is the year in which Ohio is absolutely the key battleground of all the battleground states."

History compels President Bush to take notice: No Republican, from Abraham Lincoln in 1860 to Bush in 2000, has ever earned a White House bid without winning Ohio in the general election.

"If we win Ohio, we win the election," a senior Kerry campaign adviser said during the party's convention last month in Boston, Massachusetts.
Kerry with slight lead

With Nader not an option, Kerry had 52 percent support to Bush's 42 percent. The sampling error, in both cases, was +/- 4 percentage points.

Kerry's advantage dropped significantly when only likely voters, 628 in the survey, were considered. Forty-seven percent of respondents sided with the Democratic senator, 45 percent with Bush and 4 percent with Nader.

The two-point gap held -- 48 percent for Kerry, 46 percent for Bush -- when Nader was not in the mix. The sampling error for this respondent pool was +/- 5 percentage points.

Ohio political experts diverged on the true number of undecided voters -- measured at a between 4 and 6 percent in the mid-August poll -- or whether either candidate could pull away substantially. But they agreed that the November verdict remains very much in question.

In the last three months, Bush had taken two bus tours through Ohio, while he and Vice President Dick Cheney have made additional individual stops. Kerry, meanwhile, has visited the state at least a dozen times since becoming his party's presumptive presidential nominee in March, with running mate Sen. John Edwards often stumping by himself since the convention.

Both campaigns -- as well as 527s, groups that under the McCain-Feingold campaign finance reform law solicit funds and operate independently of Bush and Kerry, although typically intent on influencing the November 2 vote -- have spent millions of dollars in Ohio, predominantly for grass-roots efforts and television advertisements.

A University of Wisconsin study of Nielsen-Monitor Plus data revealed four of the nation's top five media markets, in terms of political commercials, through July were in Ohio. Kerry and pro-Democratic groups have spent $15,993,252 on Ohio ads between March 3 and August 15, while Bush and pro-GOP organizations spent $12,403,892 over the same period, according to TNS Media Intelligence/CMAG.

"That's the only time the campaigns can get out an unmediated message, and talk directly to voters," said University of Cincinnati Political Sciences Professor Michael Margolis.
Economic, political blend

These efforts attempt to reach voters in a state that -- except for the notable exception of its low Hispanic population (2 percent in Ohio, compared to 12 percent nationwide) -- "captures the social, economic and political diversity of America," said Asher.

The state contains major urban areas, with relatively large numbers of African-Americans, as well as rural and agrarian regions. Ohio's longtime industrial base remains sizable, even as it slowly gives way to more of a service and white-collar economy.

Politically, Democrats have a hotbed in the northeast, while Republicans typically perform strongest in southwest Ohio. All counties are not created equal: Consider 2000, for example, when Gore nearly defeated Bush in Ohio despite winning just 16 of 88 counties, most of them in heavily populated and highly Democratic cities.

While Democrats held an upper hand in the 1980s, today the GOP controls Ohio's two U.S. Senate seats, the governorship and the state Legislature. That can be either a positive or a negative for Republicans -- more power meaning more influence, but party infighting and Gov. Bob Taft's unpopularity (48 percent of 843 Ohio Poll respondents disapproved of Taft's performance in March) also threatening to pull down a Bush/Cheney ticket.

Yet, unless Republicans succeed in getting a proposed state constitutional amendment banning gay marriage on the ballot, political and public opinion expert Alexander Lamis downplays Taft and company's effect on the presidential race.

"The national issues are what people are looking at, and they're playing out in Ohio," said the Case Western Reserve University professor. "It's a competitive two-party state."
It's the economy...

Relatively few Ohio troops have died in Iraq (especially compared to states with high military populations, like North Carolina and Washington) and state sites rarely figure on terror target lists, experts note. But on domestic issues, Ohio is central to the debate.

"The state, for a long period of time, has been undergoing a wrenching economic transformation," said Asher. "The reality is much grimmer than in other states."

Newspaper headlines routinely bring news of more job cuts, including at large in-state employers like Timken, those jobs going overseas in some cases. This and persistently high unemployment rates have left people worried about not only their jobs, but their health benefits and retirement plans.

"One big problem is that a lot of the new jobs are in the service industry, so a guy who was making $20 an hour with full benefits is now flipping hamburgers," said Nancy Martorano, a political sciences professor at the University of Dayton. "These jobs aren't coming back."

This has opened a major opportunity for Kerry not only to blame Bush for job losses, but divert attention from social issues like gay marriage and abortion, where his more liberal voting record might hurt him in moderate-to-conservative Ohio, said Asher.

Martorano says that Kerry's choice of Edwards, who has stressed his humble roots and the "two Americas" theme empathizing with many people's day-to-day struggles, stemmed in part from an effort to connect with blue-collar workers, as in Ohio.

The White House has tried to balance hyping progress while also admitting some voters' continued difficulties. After weeks of insisting the economy was "turning the corner," the president acknowledged "economic recovery lags in places like eastern Ohio" in a July 31 event at the Canton Memorial Civic Center.

"I know that. I'm aware of that," Bush added. "We must have a president who understands in order to keep jobs at home, America must be the best place to do business."
Room for movement

"People perceive the campaign to be close, so that should stimulate people to vote," Asher said. "And the media environment is unbelievable, in terms of focusing on the campaign."

But even the most optimistic forecasts indicate that more than 40 percent of registered voters will not cast ballots. Both parties have devoted ample resources to ensure their core supporters plus some who might otherwise not have turned out come to the polls, knowing every vote counts in a tight election.

Republicans, said Asher, attributed Gore's surprisingly competitive showing in 2000 (polls taken days ahead of Election Day showed him down around 10 percent) to the Democrats' superior grass-roots organization and have redoubled efforts in 2004 to reach core backers.

"For a lot of voters, it's a referendum on the incumbent," she said. "People who have said they are really unhappy with the way things are going ... are likely to vote for Kerry, because they seem him as a better alternative."

But nothing is guaranteed, especially with several weeks left in the campaign, including the GOP convention, debates, many more political ads and the unknown impact of economic, national security and other news.

"Things can change fairly quickly," said Lamis. "A number of dynamics can determine the results ... The challenge, for politicians, is to lure people out [to the polls] and engage them in collective action."

This story has been posted in the following forums: : Headlines; COS - Tanzania; Election2004 - Bush; Politics