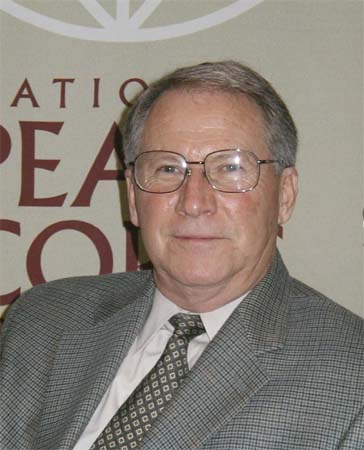 Washington, DC, August 24, 2004 – At its recent 25th Anniversary Conference in Chicago, the National Peace Corps Association elected Ken Hill Chairman of the Board.

An international development consultant, Hill served as a Peace Corps volunteer in Turkey during the mid-1960s, working as a rural development specialist in small, remote villages.

"The National Peace Corps Association, with its network of 35,000 returned Peace Corps Volunteers and staff, actively pursues peace through service, education and advocacy," said Hill. "Those goals are now more relevant than ever as despair, ignorance and distrust breed conflicts around the world. We are proud to foster the ideals of the 200,000-strong Peace Corps community and the millions of Americans whose values provide the foundations for peace." 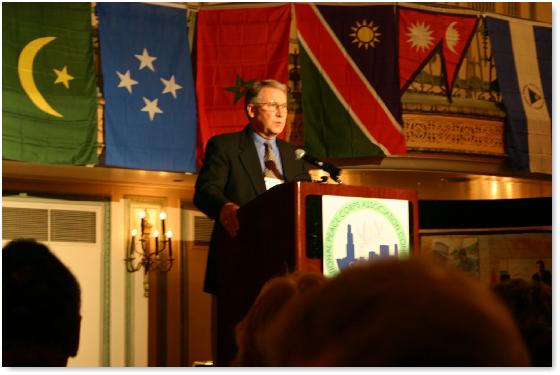 A senior staff member of the Peace Corps in the 1970s, Hill served again, in the 1990s, as Country Director for Eastern Russia, Bulgaria and Macedonia and as Chief of Operations for Europe and Asia.

He concluded his career with the Peace Corps, in 2001, as Chief of Staff, the agency’s chief operating officer.

He also volunteers his time interviewing candidates from the countries of the former Soviet Union for the Muskie Program, named after former Senator Edmund Muskie, which awards fellowships to foreign students studying for Master’s degrees in the U.S. He is on the board of Returned Peace Corps Volunteers of Washington and Friends of Turkey, and a member of Friends of Bulgaria and Friends of Russia–groups affiliated with the NPCA.

Founded in 1979, the NPCA is the non-profit organization of the Peace Corps community. It is separate from the Peace Corps, the federal agency which has more than 7,500 volunteers serving in some 71 countries.

This story has been posted in the following forums: : Headlines; COS - Turkey; NPCA