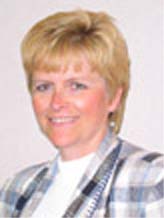 Younkin, Nelson debate with gloves on

Spicy Beer Baron hot dogs were the only bombshells lobbed Thursday as the two contenders in the state's most heated Supreme Court race debated briefly and politely at a GOP luncheon meeting Thursday in Great Falls.

The competition between Supreme Court Justice Jim Nelson and Bozeman state Rep. Cindy Younkin is considered pivotal. Despite the nonpartisan nature of the job, a win by the conservative Republican Younkin most likely would tip the seven-member court's balance firmly to the right.

Nelson, 60, a former Glacier County attorney who's been on the high court bench more than 11 years, is backed by labor, environmentalists, trial attorneys and Democrats -- traditional liberals.

The two solidly reiterated their campaign themes Thursday in front of an audience of 20 or so at the weekly meeting of the Pachyderm Club.

It is the job of the Legislature, the branch of government closest to the minds and hearts of the people, to establish public policy through legislation, Younkin asserted.

This court has become too activist, often ruling on issues beyond the scope of the cases presented and overriding lawmaker's -- and therefore the people's -- intent, the 45-year-old attorney said.

"The court can't be so independent that it goes off on its own," Younkin said. "The court needs to wait for issues to come to it."

The court exists solely to defend the Constitution by interpreting the law, and should "leave the legislating to the Legislature," Younkin said.

There is a reason for the separation of powers, and in part, it's so the judicial branch can ensure neither the executive or legislative branches overstep their constitutional authority, Nelson countered.

"If we get to a point where our judiciary is just a rubber stamp for the Legislature, our rights are in for a rough ride, indeed," he said.

Nelson agrees, however, that the primary purpose of the Supreme Court is to uphold the state's Constitution and guard the unique rights it affords Montanans.

"That's the one promise, and the only promise, that I'll make to the voters of Montana -- that I will protect and defend our constitutional rights," he said.

But part of the court's constitutional mandate is to "fully resolve" all issues in the cases before it, Nelson said.

That at times leads to decisions that some people may think are outside the scope of a case, but in reality are part of the justices' obligation to "leave no loose ends," he said.