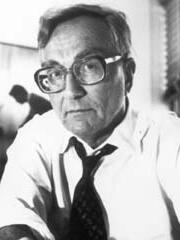 MATTHEWS: I think it has got a bigger impact. Let me tell you, let‘s talk about Abu Ghraib. People tell me who know something about Islamic culture that as much as we are, to put it lightly, turned off by beheadings, they shock the hell out of us because we can‘t think of anybody doing that, although electrocution is pretty bad, too—they say that is part of killing the enemy. That‘s what we do. That‘s execution for crime. That‘s the way they deal with enemies.

But stripping guys and making them do weird things in front of other guys, in front of women, is apparently horrendous to the very soul of an Islamic man.

HERSH: And I had an Israeli, a very hard-nosed Israeli guy, one of commandos, intelligence guys, old-timer, said to me, you know, I hate Arabs. I‘ve been killing them for 50 years. And they hate us and been killing us for 50 years.

But we know one day we‘re going to have to have peace with those SOBs and share a border some way. And I‘ll tell you something, Hersh, he said. If we had done to our Arabs in prison what you had done to yours, we couldn‘t do it.

That‘s how bad it is.

MATTHEWS: That‘s why I‘ve been saying for 10 years now the reason the Israelis don‘t engage in massacres when they sometimes get in terrible situations is, they have got to live there. Blood doesn‘t forgive. You kill a bunch of people, you humiliate a bunch of people, they spent thousands of years getting even with you. Isn‘t that it?

HERSH: I‘ll tell you, literally, generations can go by and they can do revenge, particularly the Taliban. Some of those people, 100 years for revenge is not—we don‘t know what we‘ve done.

HERSH: Let me say one more thing about your point.

HERSH: Because it is an interesting point.

Around the world, America has lost some prestige because of Abu Ghraib. It‘s certainly as profound as My Lai and perhaps more because it gets to the soul of anybody who is Islamic. Our friends that are Islamic are horrified by us because they see us—people who want to send their children, who do business here...

HERSH: They say things to me like, you‘re a perverted, sexually perverted culture. What? An Arab man, you‘re photographing him faking homosexual acts with other men, with girls going like this?

HERSH: And I actually—there were some people, as you know, even in the Armed Services Committee investigating it, compared this to college hijinks. Not a chance.

HERSH: Not a chance.

MATTHEWS: Let me ask you about—well, the ramifications, I think, are obvious. We had friends in the world until recently, good friends, like Egypt. Certainly people in Jordan are friends of ours, certainly people in Morocco. All over the Arab world, we‘ve had friends. What is their life like right now?

HERSH: Well, look, the Egyptians still do things for us. There‘s still the Egyptian security service. But the people, the erosion of support for the United States among our allies is huge.

MATTHEWS: I remember walking through the streets of Cairo back in ‘71, after coming out of the Peace Corps. And the little kids on the street, Cairo kids, would come up to you and say, do you know John Wayne? They loved America. Do you know Muhammad Ali? Don‘t say nothing against Muhammad Ali. There was a kind of rough and tumble back and forth in those days.

HERSH: Don‘t give up on that, because I was in Damascus just recently and they still like Americans, believe it or not. Most people make a distinction between the government and the people.

American, we are pretty up-front, straightforward people. And they like us.

HERSH: It is going to be real interesting next year.

This story has been posted in the following forums: : Headlines; COS - Swaziland; Iraq; Journalism; Television