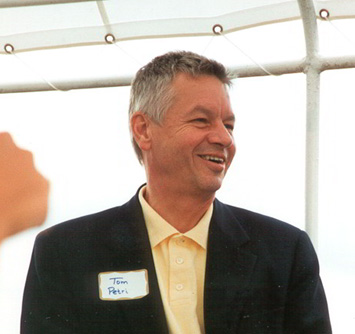 Blind students would be aided by bill

“We were hearing stories of waiting three to six months from some of these students,” said Jason Delisle, a legislative aide to Rep. Tom Petri, R-Fond du Lac.

Petri has been working with Sen. Chris Dodd, D-Conn., for the past three years on legislation and regulation to help blind students and the sight-impaired.

Although computers have enabled publishers to create electronic versions of textbooks that later can be printed in Braille, there’s no national standard.

At the urging of Petri, earlier this summer the Department of Education established such a standard.

It’s not mandatory, but it gives publishers guidance, Delisle said.

Petri and Dodd also have legislation that has passed the House and Senate that would require school districts to put language in their contracts with textbook publishers requiring them to adhere to the one national standard for electronic copies.

In addition, Dodd’s bill would establish a national clearinghouse for electronic versions of textbooks that would serve as a one-stop center for school districts that need to print Braille copies for blind students.

It’s not clear whether the House and Senate will agree to a compromise version of the special education bill that contains the Petri-Dodd bill before the end of the year.

This story has been posted in the following forums: : Headlines; COS - Somalia; Congress; Legislation; Blindness