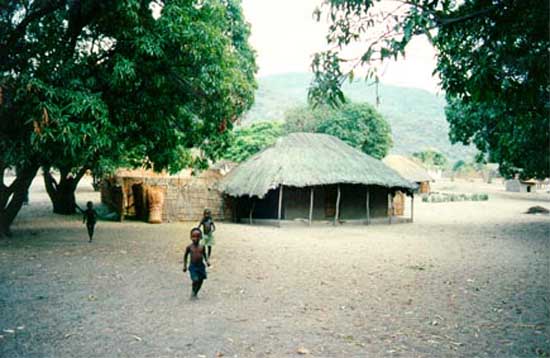 Linda Muir, of Great Falls, Mont., will spend the next six months providing vital services as a Nutrition Program Development Trainer in the fight against poverty. With the help of Participatory Rural Development Organization (PRDO), a local nonprofit organization, Muir’s main objective will be to contribute to improving Malawian living standards by helping families learn how to use foods for better health.

The 64-year-old Muir has served in two other Peace Corps assignments, one in Jamaica from 1990-1993, and another in Lesotho from 2002-2003. In Jamaica, she taught beekeeping and dental hygiene. In Lesotho, Muir developed a demonstration center for permaculture.

Adrienne Rathert, a native of Kalamazoo, Mich., will help a local organization – the National Association of People Living with HIV/AIDS in Malawi (NAPHAM) – diversify the diets of people who are HIV positive. Rathert will assist members of NAPHAM in producing the right quality of foods and learning how to use those foods for optimal health. Her assignment will last eight months.

During her previous Peace Corps assignment, Rathert helped women’s groups form their own businesses in Malawi to sell peanut butter, eucalyptus oil, mushrooms and various crafts. She also formed a tree nursery and club, and trained local people in forestry.

Studies have shown that proper nutrition can strengthen the immune system and delay the onset of illnesses associated with HIV/AIDS. According to the 2000 Demographic and Health Survey, and the 2001 National Micronutrient Survey, approximately 66 percent of Malawi households do not meet recommended daily calorie requirements, 20 percent of children born in Malawi die before their fifth birthday, and almost 50 percent of children under 5 are chronically malnourished. An estimated 15 percent of the population is infected with HIV/AIDS, creating increased vulnerability to poor nutrition.

This story has been posted in the following forums: : Headlines; COS - Malawi; Crisis Corps