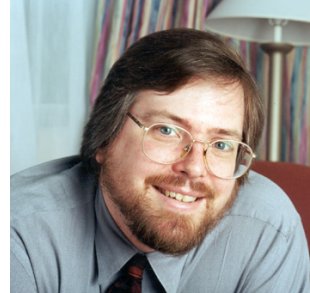 He seems like such a nice fellow, Jeff VanderMeer does. Looks a bit like a smarter Ben Affleck. Wholesome, even, if you didn’t know better. Crack his head open, though, and flip through its pages and baby, you ain’t in Kansas anymore. In secret he sees blood splattered on dungeon walls, brains squashed by elephants, acres of corpses strewn across deserts, malevolent plants taking over whole buildings. Rib cages stick half-buried out of sandy beaches. The heads of beautiful women are sewn into the bodies of Flesh Dogs. Subterranean machines hum with the dreams of hundreds of thousands of milky human shells, and the devastation of the Indies is worse than anyone’s ever imagined it before. And that’s just for starters.

Secret Life, VanderMeer’s new short story collection, spans the guy’s whole career and pretty much the globe. He was a Peace Corps kid who travelled all over with his parents -- and apparently remembered every goddamn thing he saw the entire time. He seems as comfortable writing a story about the last Incan emperor as he is doing one about a psychic circus-elephant trainer in 1850s India. The stories here take you from a Latin American prison to the Mekong Delta to London during the WWII bombings to a blues club in New Orleans. The best ones take you to places that exist only inside his head, particularly the invented city of Ambergris, known to readers of his great collection City of Saints and Madmen, and the many-leveled futurescape of his first novel, Veniss Underground. He adopts a variety of narrative voices and is adept at most of them. But despite the vast scope of Secret Life, the story collection holds together, in part because VanderMeer has a fairly small number of seriously deep obsessions that he constantly returns to and gnaws at like dogbones stowed in the backyard.

The title story is one of the oddest and best in the collection. It’s set in a tall office building where a scary, power-crazed janitorial cult rules the basement, middle managers go missing for years and are found dead in secret compartments of their desks, and idle workers commune with psychic mice. A female employee’s plant thrives to such an extent that its vines create a jungle within the walls and ventilation channels of the building. The story is told with a certain anthropological distance, drawing little distinction between the very bizarre things going on in this particular office and just the everyday weirdness of millions of “normal” people spending their lives working in offices. At one point a “mimic” sets up his computer in an unoccupied cubicle and tries to blend in with the regular human worker bees, with mixed results:

Another standout is “The Bone Carver’s Tale,” a meditation on the impossibility of choosing between love and art. At first it sounds like myth or incantation, but slowly the tale turns darker as it grows richer in detail; by the end, it has become the kind of brutal story that makes you shudder, put the book down for a while and go for a walk outside.

Not every piece is completely successful. VanderMeer includes some of his earliest stories, and the author’s notes, which accompany each story, acknowledge that some are less well-developed than others. “Some readers might think ‘The Sea, Mendeho, and Moonlight’ is very static: an old man standing on a beach, about to perform an act of civil disobedience,” he writes of an early Veniss story. “Such readers would be right. When you’re learning to write, many of your characters stand around for obscenely long amounts of time while the author figures out what to do with them.” By including the notes, he neatly converts what could have been a weakness into one of the book’s points of interest -- you see the writer developing, and then you hear him comment on his own development.

Possibly the most exciting thing about Secret Life, though, are the promises it makes. Several of the stories here, according to the author’s notes, are from new novels-in-progress, some set in Ambergris, some in Veniss. Which makes this book something like a very substantial snack between meals -- just try not to think about the fact that your snack consists of rotting-corpse factories, flesh-farming bio-engineered pets and, of course, the exotic green-glowing Freshwater Squid of Sebring, Florida.

Any Cop?: Hell yeah. If you’ve got an appetite for the decadent, grotesquely beautiful, insanely detailed worlds of Jeff VanderMeer,this is a book to graze on while you wait for his next novel to come out.

This story has been posted in the following forums: : Headlines; COS - Fiji; Writing - Fiji