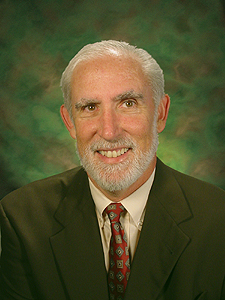 He wants a different process for deciding where to make cuts.

Each time the Des Moines school district's budget shrank in the past three years, Dick Murphy grimaced because he knew fewer learning opportunities would be available to his sons and other students.

Current board members haven't worked hard enough to keep budget cuts away from the classroom, said Murphy, 61, one of six people running for school board seats in the Sept. 14 election. "I think we've cut enough of opportunities for students."

Also seeking one of two three-year seats on the board are incumbents Graham Gillette and Jon Neiderbach. The other challengers are Chris Hurley, Phil Roeder and Marc Ward.

Murphy, a private educational consultant whose wife teaches Japanese in the Des Moines school district, said he is fed up with cuts and the process used last spring in which school officials and parents decided where to cut costs.

"The school board really didn't know what it was doing," Murphy said. "They forgot to ask the basic question of 'Where is all of our money going? Where are our priorities?' "

Murphy said the district seems stuck "in neutral," and the board wastes time with "digressive questioning" and "rambling around."

"Your board president is supposed to have that under control," he said.

On his Web site, Murphy is urging voters uncertain about the other candidates to cast their votes only for him.

The former research and bilingual consultant for Heartland Area Education Agency is not well-known among people who usually vote in Des Moines school board elections, and he may have difficulty attracting votes.

Hubbell Elementary School parent Kathy Dorff said although Murphy's educational background is impressive, it's not enough to sway her vote away from the two incumbents.

Supporter Deb McMahon, a teacher in the Des Moines district, does know Murphy.

"He speaks his mind," McMahon said. "He's an experienced educator. I think he brings a lot to the table."

Murphy said he would use a different process to make any future cuts and would call on businesses to help pay for tutoring, libraries, and music and art offerings.

"I don't see our school board speaking out and forming alliances with the larger community and the business community," he said.

Murphy also wants to improve vocational and technical training in the district by collaborating with other school districts. He also said he wants to be a voice for teachers.

"I don't think they have a good work environments, class sizes are increasing, support is diminishing," he said. "The administrative function of the district seems to be top down."

Murphy said the district and federal government, through the No Child Left Behind act, have focused too heavily on test scores. More emphasis should be placed on improving teaching, he said.

"I think we're going overboard with the testing, and these kids are not getting the instruction," he said.

Murphy, who was raised by a single mother of six, has helped immigrants and refugees settle in the area during the past 25 years. Murphy said he wants to be a part of improving the district, while ensuring everyone has a voice in the process.

"I think I can make those bridges," he said.

This is the third in a series of articles about the Des Moines school board race.

This story has been posted in the following forums: : Headlines; COS - Thailand; Education Administration