Logically, Halloween should be huge in Romania. Or so I thought before I came here a year ago as a Peace Corps volunteer. 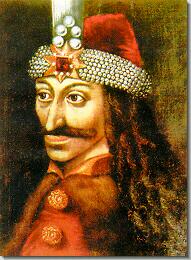 Logically, Halloween should be huge in Romania. Or so I thought before I came here a year ago as a Peace Corps volunteer.

By Ross Doll
Special to The Seattle Times

Logically, Halloween should be huge in Romania.

Or so I thought before I came here a year ago as a Peace Corps volunteer. After all, it does contain Dracula's native Transylvania. Last Halloween, however, I discovered there's little interest in movie-monster dress-up and ghost stories. In Romania, where superstitions are abundant and spirits are evil and invisible, every day brings something to fear.

It was halfway through October, at the local high school where I work as an English teacher, when I first mentioned All Hallows Eve to a class. "What are you planning to do for Halloween?" I asked, expecting enthusiasm. "I don't know, nothing," they responded. "But what about the whole Dracula thing?" I asked. They shook their heads.

"Is that all Americans know about Romania?"

Well, yes. I didn't have the guts to tell them that I knew nothing else about their country when I was assigned here. I decided I also shouldn't mention that I always imagined the real Dracula looked and acted like a cross between Bela Lugosi and Count Chocula.

The historical Dracula wasn't much of a bloodsucker, it turns out, though he was truly bloodthirsty. Bram Stoker based the character on 15th-century Romanian Prince Vlad Tepes, a brutal leader known for ruthless punishments. He gained the name Tepes ("Impaler") from his favorite form of punishment.

But far from being a seductive super monster, Tepes is considered a national hero in Romania because of his defeat of fierce Ottoman armies and brief uniting of the country. At best Romanians are amused (and at worst very annoyed) by the misinformation spread about Prince Tepes. The building of a Dracula theme park outside of Bucharest has done little to create enthusiasm for Halloween and its role in misconstruing Romanian history.

When the week before Halloween arrived, however, I prepared a series of related classroom activities, undeterred by my student's clear lack of interest. I created a lesson wherein I would brilliantly connect current superstitions with the pagan roots of Halloween. I decided I would decorate my classroom with candles, pumpkins and fake spider webbing. Then I'd pass out candy.

But on the way home from a large Western-style grocery store where I'd purchased my supplies, there was an incident that was to have terrible consequences for my festivities.

In Romania, there is a phenomenon known as the current, best described as a wind created when two pathways are made to the outside in a room — for example, when two windows are left open on opposite sides. According to many Romanians, the result is a wind current of terrible power, invading the ears of the unfortunate within and causing them to drop dead, or at least get the sniffles.

I went to school the next Monday and decorated my room. Then things started to get a little strange.

Simona in the front row told me that if a pot of milk boils over on your stove that your cow will get sick. Raluca told me that a baby walking on its knees is good luck. Catalina said that it's necessary for the bride to be kidnapped during the wedding and held for ransom by an unspecified man. Simona said something about how a woman must dance with a dead chicken smoking a cigarette.

It was then that I made a mistake. "What about the current?" I asked. "Some people think that's a superstition." It was as if an evil wind blew threw the room.

"It's not a superstition," scolded Catalina. "It's real." I pressed on.

"But it doesn't affect me or my American friends. Are we a race of supermen?" "You haven't been here long enough," was the stern reply. "It's real."

After class, with my students alienated and my room covered in Halloween paraphernalia, I began to feel a little silly. Here I had come all this way to a country I knew nothing about, imposed my customs and logic, and expected them to listen. My students had shown me Romania was a fascinating place, albeit one where a pot of milk or an open window could kill you. Maybe it was time to learn more than teach.

Sitting down to fill out my grade book, a breeze came through the window. My papers fluttered, and the classroom door slammed shut violently. "Close your window!" yelled someone in the hall outside.

That was enough for me. This Halloween, I plan to celebrate as Romanians do, near a fire, with friends, telling true scary stories, and with all the windows and doors safely locked.

(Ross Doll, of Seattle, is a Peace Corps volunteer in Romania.)

The Travel Essay runs each Sunday in The Seattle Times and also online at seattletimes.com. To submit an essay for consideration, make sure it's typed and no longer than 700 words. Essays, which are unpaid, may be edited for content and length. E-mail to travel@seattletimes.com or send to Travel, The Seattle Times, P.O. Box 70, Seattle, WA 98111. Because of the volume of submissions, individual replies are not always possible.

This story has been posted in the following forums: : Headlines; COS - Romania; Halloween; Dracula; Humor