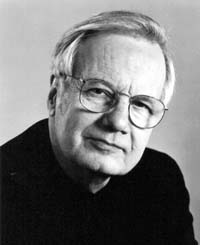 A few days after the commercial television networks' laudatory "news" reports on George W. Bush's nomination of National Security Adviser Condoleezza Rice to serve as Secretary of State, PBS's Bill Moyers countered with something rarely seen on broadcast television these days: serious journalism. Moyers devoted a substantial portion of NOW, the public broadcasting program he has hosted for the past three years, to an analysis of Rice's failure to take seriously warnings about terrorist threats before the September 11 attacks as well as her misguided response to those attacks, her role in the campaign for war on Iraq and her scheming to avoid cooperating with the 9/11 Commission. The devastating report brought to mind Edward R. Murrow's See It Now dissection of Senator Joseph McCarthy.

Unfortunately, PBS in 2004 can't influence public opinion the way CBS did in 1954. Moyers recognized that fact when he launched NOW in January 2002; the former spokesman for Lyndon Johnson, senior correspondent for CBS, groundbreaking public television producer and winner of ten Peabody Awards and more than thirty Emmy Awards understood that the best he could do in these difficult times was to barter a bit of his prestige for the chance to erect an outpost of quality reporting in the increasingly corporatized broadcast television wilderness. Week after week, NOW has offered consistently bold and revealing examinations of issues ranging from the threat to environmental protections posed by international trade agreements, to the damage done to basic liberties by the Patriot Act, to the abuses of politics by special interests. Moyers, who is 70 and wants to turn his attention to writing, has every reason to be proud as he prepares for his last broadcast on December 17. At a time when TV networks--including PBS--were bowing to commercial and ideological pressures that were antithetical to journalism, Moyers created a program that many viewers recognized as the only reason to turn on the TV in the Bush era.

NOW will carry on with the able crew that Moyers assembled. And whether or not the program thrives without Moyers, the legacy he created will remain. James Madison said, "A popular Government without popular information or the means of acquiring it, is but a Prologue to a Farce or a Tragedy or perhaps both" and warned that "a people who mean to be their own Governors, must arm themselves with the power knowledge gives." In a time of farce and tragedy, Bill Moyers did his best to arm the people with the power knowledge gives and to affirm that there's still a place for TV journalism that nurtures citizenship and democracy.

This story has been posted in the following forums: : Headlines; Staff; Journalism; Television