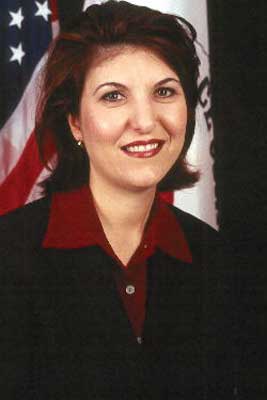 Marie Wheat of Arlington, Va., has been appointed by President George W. Bush as deputy chief of staff for the United States Peace Corps. In her new capacity, she manages the press operation, congressional relations, private sector initiatives, and policy and planning for the agency. Previously she was director of the Peace Corps’ Office of Congressional Relations.

In December, Wheat accompanied the director of the Peace Corps to Armenia and Jordan visiting Peace Corps volunteers at their project sites and meeting government officials who work closely with the country staff at each post. Most notable of these was His Majesty King Abdullah of Jordan, who expressed appreciation for the Peace Corps’ work in Jordan and his desire to reopen the program at the appropriate time.

This story has been posted in the following forums: : Headlines; Staff; Chief of Staff