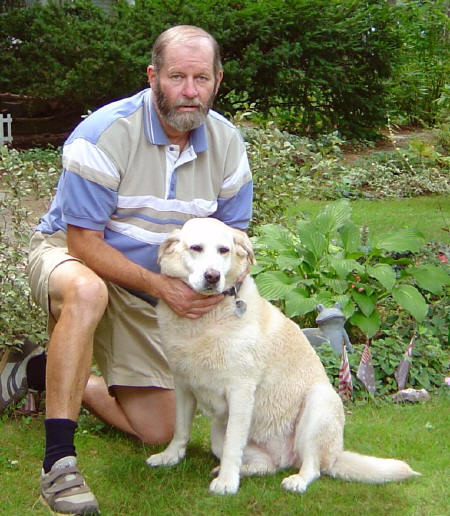 Toll remembered for service to community

LACONIA Ś A somber City Council said goodbye, godspeed and "thank you" on Monday to Ward 3 City Councilor Fred Toll, who died this past weekend following a brief illness.

Toll, 60, who had represented Ward 3 since 2001, died on Dec. 11 at Lakes Region General Hospital due to complications from the flu, according to family members.

Calling hours will be held today from 2-4 p.m. and 6 -8 p.m. at Wilkinson-Beane Funeral Home. A Mass of Christian Burial will be celebrated at 10 a.m. Wednesday at St. JosephÆs Church in Laconia.

On Monday, the main entrance to City Hall was bedecked with black crepe cloth and TollÆs empty chair at the City Council table was similarly dressed. As of this morning, flags at all city buildings were lowered to half staff.

City Hall will be closed from 9:30-11:30 a.m. Wednesday so that municipal employees may attend TollÆs funeral. City Manager Eileen Cabanel added that because of that closure WednesdayÆs deadline for paying property taxes has been extended to Dec. 16.

Prior to the start of MondayÆs council meeting, Mayor Mark Fraser privately offered condolences to TollÆs brother Arthur, telling him that Toll was "a wonderful man. IÆm sorry that we only had a few years to work with him."

Later, Fraser publicly addressed other members of TollÆs family, including his sister Sally Holder, telling them that when Toll died, "our community lost one of its leaders."

Toll, said Fraser, was "a quiet, deliberative and dedicated individual" who dedicated his life to serving others through his work with the New Hampshire Special Olympics and the St. Vincent de Paul Society.

Additionally, Toll "worked to improve the lives of those around him" as a teacher at Memorial Middle School and as a Peace Corps volunteer and "his involvement in these and other efforts are a few examples of why he was loved by everyone," said Fraser.

Toll and his Golden Labrador retriever, Crystal, whom Toll affectionately called "the wonder dog," were a common sight around the city, the mayor continued, and especially at Ahern State Park.

The chairman of the GovernorÆs Ahern Park Advisory Committee, Toll "cherished the outdoors and was a strong advocate for the protection of water quality and public lands," Fraser said, and he also worked to develop a rails-to-trails program in Laconia as well as to provide boater access onto Lake Winnisquam.

Since joining the City Council three years ago, Fraser said Toll had proven himself to be "a man of many talents and someone who was always willing to take on a new task.

"Whenever volunteers for a project or committee were needed he was anxious to become involved and see it through to completion. His attention to detail ensured that whatever the chore, it would be done well."

The mayor asked everyone to remember TollÆs "desire to help others less fortunate and his personal qualities of fairness, respect and gentle manner and use them as inspiration in our own lives."

After the council meeting Ś which, out of respect to Toll was continued to Dec. 20 Ś Holder, who resides in Princeton, Mass. said she and her siblings have been "in shock" following TollÆs death, and had "not started thinking about the loss of our brother.

She did note, however, that it was clear to all of them how loved Toll is in the Laconia community.

"The response is incredible. WeÆre truly overwhelmed," she said of the outpouring of support.

This story has been posted in the following forums: : Headlines; COS - Nepal; City Government; Obituaries