WASHINGTON (Reuters) - President Bush (news - web sites) pledged a long-term U.S. commitment to helping the tsunami-hit nations of South Asia on Monday and said the Banda Aceh area of Indonesia is going to require the most intense effort.

Bush was briefed by Secretary of State Colin Powell on Powell's tour last week of tsunami-hit countries. The White House said that of $350 million pledged by the U.S. government, $78 million had been spent.

Bush left open the possibility of an increase in U.S. assistance but told reporters he wanted to make sure it was "demand-driven" and to "make sure the money that is available actually achieves a coordinated objective." 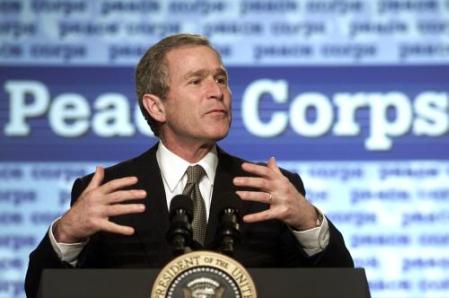 Lawmakers and congressional aides have said they expected the Bush administration to increase the financial commitment to the region by as much as threefold to nearly $1 billion -- in an emergency budget request to be submitted to Congress in late January or February.

The emergency budget request for tsunami relief is expected to include extra funding to cover the cost of operating the Pentagon (news - web sites)'s military assets in the region -- estimated at $5 million to $6 million a day.

"This is one of these projects that is not going to happen overnight. The intense scrutiny may dissipate, it probably will. But our focus has got to stay on this part of the world. We have a duty," Bush said in remarks to U.S. officials overseeing the aid operation.

Talking to reporters in the Oval Office after his meeting with Powell, Bush said relief efforts had begun to shift from saving lives to rebuilding communities.

The Banda Aceh region of Indonesia was close to the epicenter of the Dec. 26 quake and took the biggest hit from the resulting tsunami. The province has accounted for almost all of Indonesia's 104,000 deaths from an epic disaster that has killed at least 156,000 people.

"Now we're in the process of helping to rehabilitate and reconstruct the societies. And the demand is beginning to focus on the Banda Aceh region. That is part of the world that is going to require the most intense effort by the governments around the world," he said.

Clinton, who was enlisted by Bush along with former President Bush to lead a nationwide appeal for assistance from the U.S. public, said he was confident of reaching the target, given the world outpouring of support.

Clinton and UNICEF (news - web sites), the U.N. Children's Fund, are seeking donations for the Tsunami Water and Sanitation Fund to www.clintonfoundation.org and www.unicefusa.org.

Later on Monday Bush was to meet with experts on the extent of tsunami monitoring around the world and whether the United States has sufficient safeguards to alert the country in the event of a similar natural disaster.

Bush was criticized for his initial reaction to the catastrophe when he pledged $15 million in U.S. government assistance to help tsunami victims but has since mobilized government, military and private aid for the victims.

This story has been posted in the following forums: : Headlines; Presidents - Bush; Tsunami