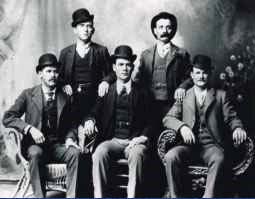 The roots of photography are deep in Bolivia. Amateur daguerreotypists were on the scene by the late 1840s, and professional photography studios had opened in Sucre, Cochabamba, and La Paz by the early 1850s. Daguerre himself is said to have provided the young Tomás Frías, who later became president, with a daguerreotype outfit. Over the ensuing decades, cartes de visite, cabinet cards, stereographs, and postcards became as fashionable on the altiplano as they were elsewhere in the world.

A few of the Bolivia's pioneer image makers--the Corderos, Luis Gismondi, Arthur Posnansky, and Rodolfo Torrico Zamudio, for example--are familiar, even celebrated, today. But the names of the vast majority--Victor Crespo, Georges B. von Grumbkow, Guillermo Manning, Moisés Valdéz, Ricardo Villaalba, are largely unrecognized. Some, like the German Georges B. von Grumbkow, worked a few years in Bolivia and then apparently went home. Their names survive only in monographs or in folders of prints in museum vaults. Others, like Ricardo Villaalba, all but forgotten in his native Bolivia, made hundreds of cartes de visite of highland Indians that can found in museum collections in the United States and Europe. Born in Corocoro, Pacajes province, he had opened a studio in La Paz by the 1860s. Reversing the pattern of photographers who came to Bolivia from abroad, Villaalba relocated to Arequipa, Peru, in the 1870s, and to Paris in the late 1880s.

Even Moisés Valdéz, who documented the mining camps in the furthest reaches of the Potosí department in the 1880s and 1890s, is virtually unknown. Local photographers, such as Manuel Maria Zapata in Totora or M. García in Cochabamba, devoted their careers to portraits commemorating family events such as weddings, first communions, and graduations, generally made in their small studios on the central plazas of their hometowns. When their studios closed, their negatives were thrown out; the photographers and their work vanished.

The purpose of this directory is to shed light on this terra incognita: to identify the names and places and periods of activity of the daguerreotypists and photographers--professional and amateur, native-born and foreign, resident and itinerant--who worked in Bolivia during the country's first century of photography.

Data for the directory was taken from imprints, inscriptions, and dedications on photographs in private collections, on museum walls, and in institutional archives. Antique postcards were scoured for clues. (Even though postcard publishers were not necessarily photographers, their names have been included because they played a key supporting role in the evolution of the photography trade.) Commercial guides, newspapers, travel and mountaineering accounts, and the growing literature on the history of Bolivian photography were reviewed. Experts on Bolivian culture were queried. In all, nearly 400 photographers, studios, and postcard publishers were identified.

This story has been posted in the following forums: : Headlines; COS - Bolivia; COS - Peru; Photography