RPCV Paul Tsongas to be Honored by Memorial Lecture 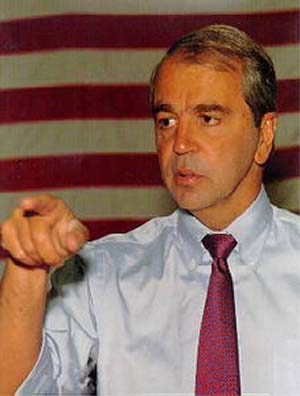 RPCV Paul Tsongas to be Honored by Memorial Lecture

TSONGAS TO BE HONORED BY MEMORIAL LECTURE

HANOVER, N.H. — In honor of the late Paul E. Tsongas, Dartmouth Class of 1962, the Nelson A. Rockefeller Center will sponsor a panel of speakers on the theme, "The Tsongas Legacy: Citizenship and Civil Society." The inaugural Paul E. Tsongas Memorial Lecture will take place on Thursday, Nov. 12 at 8 p.m. in 105 Dartmouth Hall.

Tsongas, who died last year at age 55, served as a senator and congressman from Massachusetts and was briefly the Democratic presidential front-runner in 1992. He was also one of President Kennedy's first Peace Corps volunteers after graduation from Dartmouth in 1962. Tsongas supported a pro-business direction for the Democratic party and contributed to public policy debate over budgetary and entitlement issues. He was an outspoken advocate for human rights and conservation issues, as well as nuclear arms reduction. After dropping out of the presidential race, Tsongas joined Rudman in founding The Concord Coalition, a public interest group focusing attention on the nation's economic problems.

"Paul Tsongas had a long and distinguished career at every level of government and exemplified a dedication to the public welfare that inspired respect among political allies and opponents alike," said Linda Fowler, Dartmouth government professor and Director of the Rockefeller Center. "In this cynical age, I think it is important for the College to celebrate the commitment and idealism that marked his public life."

The panelists will address the following topics:

This story has been posted in the following forums: : Headlines; COS - Ethiopia; Congress; Obituaries