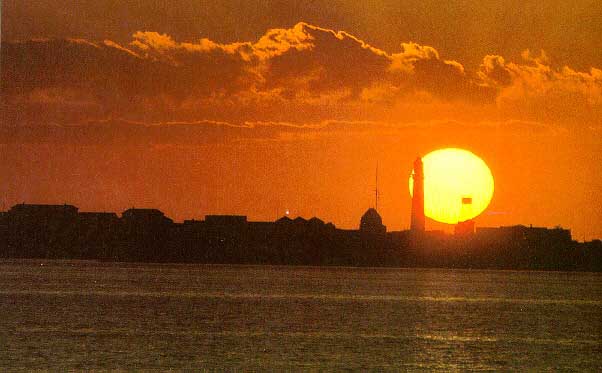 By DIXIE EDDY of the East Oregonian
deddy@eastoregonian.com

PENDLETON — Only a few thousand miles and a stretch of the Pacific Ocean stand between Bart and Paz Duff of Pendleton and their dream.

The Duffs have been living in different countries for two years. Paz returned to her childhood home town of Puerto Princesa on the island of Palawan in the Philippines to lay the groundwork for a dream they share.

Bart’s mission was to stay behind in Pendleton and sell the home that has been in the Duff family since 1882 and sits in the middle of more than 3,000 acres of wheat farmed by Bart’s younger brother, Jim.

When asked if it is hard to let go of the house, Bart shook his head, smiled and said, “No, it’s a means to an end, not an end.”

Bart and Paz met 28 years ago when she was head of training at the Ministry of Labor in Manila and he worked in research and development at the International Rice Research Institute in Los Banos. Forty percent of the world’s rice is now produced by varieties developed there.

Within a year they married and Paz left her work to “follow me around the world,” as Bart put it. His travels took him — and sometimes Paz — all over Asia.

“I didn’t realize it at the time, but she had really put her life on hold while I was working at the institute,” Bart Duff said.

After 20 years in the Philippines they returned to Pendleton in 1991 to be near their son, who was attending the University of Oregon, and to allow their fourth-grade daughter to attend school here. Also, Bart had hopes of creating a computer-based agricultural management consulting business but soon found the market limited as many farmers were not willing at the time to invest in computers for management purposes. Nowadays ranchers and farmers use computers to turn their sprinklers on and off. So Bart consulted businesses instead.

Bart wants to take this kind of technology to Palawan, an island not yet self-sufficient in rice.

“Instead of rural farmers traveling two days to get to the bank in the city, they can use the Internet,” he said.

Bart has many dreams, such as building an orphanage or helping make an institution world class in a particular area of study.

“Can you imagine a fisherman’s son or daughter turning into a world-class marine biologist just because they had an opportunity, because you opened a door for them?” he said.

He does not approach the dreams lightly. He knows they can’t do it alone.

“We are not talking about saving the world, we’re talking one village, one farmer, one institution at a time,” he said.

They plan to use resources from the sale of their home to help finance their ideas. They also plan to mobilize resources through local institutions and foundations.

“My wife and I made an assessment of where our gifts are going to make a difference in other peoples’ lives, and in both cases realized our training, background and experience is in overseas environments,” Bart said.

Bart holds a master’s degree in agricultural economics from Washington State University and a master’s in economics from Stanford. Also, when at the Rice Institute, as part of the emphasis on training, he taught scientists from across the world at the neighboring University of Manila. He also spent time in West Pakistan for the Peace Corps in 1962, working again with rural farmers. Paz holds a marketing degree from the University of the East in Manila.

In Puerto Princesa, Paz is realizing her part of the dream by using those once-dormant training skills to teach single mothers sewing and handicrafts, and also is developing local and international markets for the products enabling the women to earn up to $5 a day, a sum considered prosperous by those in squatters villages and dirt-poor barrios.

Bart drew his breath sharply and looked down when asked if he misses Paz.

“Oh yes, but both of us don’t want to wait until we are too old or unable to do this kind of thing,” he said. “Our friends, family and church have encouraged us. This is something we have thought about, dreamed about and prayed about for years. I think it is my wife’s turn ... . I really think it is something she wants to do really badly, I want to do it too, but she has taken the lead.”

Even though it has taken more than two years to sell their house, Bart believes in timing.

Paz visited Bart for six weeks in Pendleton last year, he said. They also keep in touch via e-mail and by phone.

When Bart does arrive on Palawan in the next three to four weeks, he and Paz plan to explore the island’s rain forests, coral reefs and white beaches for at least a month. They also plan to design and build a house on beachfront property inherited by Paz. Building a house isn’t expensive due to low labor costs.

“For me it’s like going home,” Bart said. “It’s not with any fear I go. People have asked me about the security there but you can’t let fear paralyze you. ... The potential for realizing our dreams is greater there, and it’s time to be with Paz.”

This story has been posted in the following forums: : Headlines; COS - Pakistan; COS - Philippines; Service; Agriculture