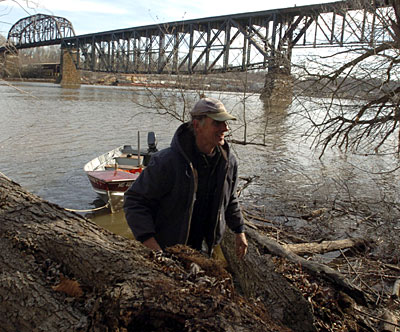 GARRETT ISLAND, Md. (AP) — This rocky mound in the middle of the Susquehanna River seemed destined a few years ago to become home to a hotel and conference center.

But two local residents pooled their money, bought the island from a developer and after five years, an act of Congress and a presidential signature, Garrett Island is now officially preserved.

Last month, the nonprofit Conservation Fund bought the mile-long, 189-acre island. The group will turn over ownership of the island to the federal government's National Wildlife Refuge System, setting up Garrett as a bird sanctuary where the Chesapeake Bay begins.

"There aren't many of these left," Harford County preservationist Grace Hiter told the Baltimore Sun while touring the island this month. "And once they're gone, they're gone forever. You don't get them back."

In 1997, Pennsylvania developer Ed Abel paid $250,000 for the island. Mr. Abel planned to build a hotel and conference center on the island. Local environmentalists were concerned that a slots bill under consideration in Maryland could pave the way for an island casino.

In 2000, Mr. Abel sold the island to Harford County farmer Peter Jay for $750,000. Mr. Jay, a former Sun columnist who was then president of the Harford Land Trust, joined forces with Bill Kilby, a dairy farmer who runs the Cecil County Land Trust. With the help of a $50,000 donation from Mr. Abel, the trust raised about $200,000. Perryville marina owner Gary Pensell became the third owner.

The trio then tried to transfer the property to a local government or education group. Havre de Grace and Perryville flirted with annexing the island. The Chesapeake Bay Foundation talked about buying it. But in the end, they all passed.

Some Cecil County officials even ridiculed the men for buying the property. Former state Sen. Walter Baker said the island was a "hole" inhabited by snakes, and that no tax money should be spent to bail out the misguided "do-gooders."

"We thought we were doing a good thing and would be widely hailed for our efforts," Mr. Pensell said. "It didn't quite turn out that way."

The trio turned to Rep. Wayne T. Gilchrest, a Republican who represents the Eastern Shore, and he lobbied his colleagues to establish an island refuge where migratory birds could land undisturbed by development.

The Conservation Fund paid $550,000 for the island, enough to pay back Mr. Jay and Mr. Pensell. The land trust donated its share.

Mr. Gilchrest chuckled at Mr. Baker's comments that the island was full of snakes.

This story has been posted in the following forums: : Headlines; COS - Peru Conservation; Preservation; Maryland