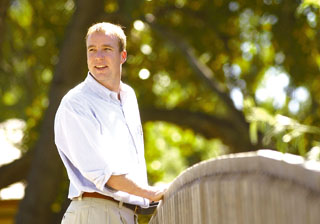 By ED KEMMICK
Of The Gazette Staff
Tonight's fund-raising dinner with Jack Hanna should be a lot of fun, but it won't be enough to get ZooMontana out of its financial hole, not by a long shot.

"The zoo's at a critical point," Director Todd Buchanan said. "Our survival is by no means assured."

Hanna, director emeritus at the Columbus (Ohio) Zoo and probably the world's best-known proponent of zoos, will be the keynote speaker at a $125-a-plate dinner tonight at the Billings Depot.

With about 180 people expected to attend, Buchanan hopes to clear $10,000 after expenses. That's slightly more than annual feeding costs for the zoo's two Siberian tigers, and just a fraction of the $650,000 to $700,000 it will cost to run the zoo this year.

"We're not looking at this to be a major fund-raiser," Buchanan said. "This is a stimulus."

ZooMontana, located on Shiloh Road just off the new Interstate 90 interchange there, closed for the winter on Jan. 3, marking the first time in 10 years that it wasn't open year-round. Buchanan trimmed the payroll from 24 people to eight and has spent the past two and a half months concentrating on fund-raising, outreach and increasing awareness of the zoo and its place in the community.

On March 29, the zoo will reopen on weekends, from 10 to 4 on Saturdays and 1 to 4 on Sundays. Starting May 24, the zoo will be open seven days a week from 10 to 4. Buchanan said his staff increased to nine as of March 1, when he added a tour operator, and he may hire some part-time help after the zoo resumes daily hours.

Even with the reduced numbers of employees, visitors shouldn't notice any changes when the zoo opens this spring, he said. Volunteers are stepping up to fill the gaps, the grass-mowing is being contracted out and everyone at the zoo is undergoing customer service training, he said. The only continuing cutbacks will be in educational programs.

In past years, it has cost about $1 million annually to run the zoo. The reorganization and temporary shutdown should reduce expenses to $650,000 to $700,000 this year, Buchanan said.

Gate receipts -- tickets are $6 -- and profits from the zoo gift center add up to about $400,000 a year, and another $10,000 or so is made off charges for corporate picnics, weddings and other events on zoo grounds.

In the fiscal year that ended last Sept. 30, the zoo pulled in $111,000 in unrestricted donations, money that is not earmarked for specific projects or exhibits and can be spent on operations. So far this fiscal year, since Oct. 1, the zoo has received $180,000 in donations, partly in response to the crisis signaled by the shutdown Jan. 3.

Buchanan, a 28-year-old stockbroker with two years of Peace Corps service under his belt, was named executive director of ZooMontana last August. The board of directors leveled with him about the troubles facing the zoo, Buchanan said, and some of his acquaintances thought he was crazy to take the job.

But one reason he moved back to Billings from Bozeman was to be closer to his family, which has long been involved in the zoo. He said his main inspiration is his grandmother, Margarett Rathvon, who died in February and who had given her time to the zoo from its earliest stages two decades ago.

Finding more people like her is now part of his job. Buchanan said the zoo has 35 to 40 active volunteers, those who average 10 to 15 hours a week at the zoo, but it could use 200.

Just as critical will be finding continued financial support from corporations and individuals. The winter closure had the positive aspect of allowing Buchanan to spend more time courting corporate sponsors, and he expects to continue concentrating on that even after the zoo reopens.

He is also trying to make contacts with service clubs, hoping others will duplicate the volunteer efforts of local Optimist and Junior League clubs, as well as with Rocky Mountain College and Montana State University-Billings. He already has one intern from each school helping out at the zoo, and a group of business students from MSU-Billings is preparing a business plan for building an association of volunteers.

Buchanan said he manages to stay excited about the zoo because its possibilities for education, recreation, conservation and economic development seem endless. All he has to do is convince everyone else of the zoo's importance.

This story has been posted in the following forums: : Headlines; COS - Nicaragua; Zoology