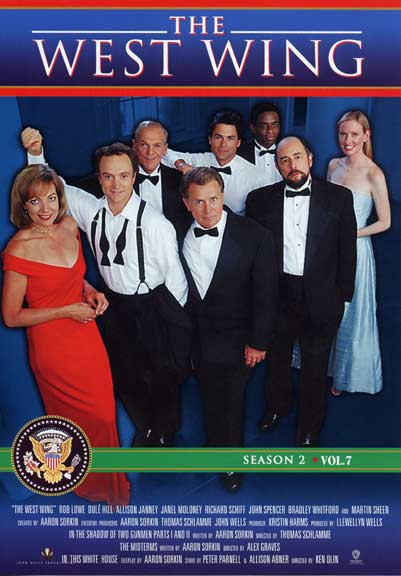 To the writers and producers of West Wing,

I enjoy watching "West Wing" and appreciate your inclusion of real issues of public interest and importance. So I was surprised and disappointed that in the "King Corn" episode you managed to make an egregious error about Turkey.

As even the Wikipedia link you thoughtfully provide under "Hot Topics" for that episode states, Turkey is a secular state and has been since 1923. Even though the political party now in power is identified as Islamist Turkey's laws are not based in any way on Sharia or Islamic law. Unlike the United States (we do not meet some criteria for entry into the European Union) Turkey has outlawed the death penalty and has not executed anyone since 1984, not even Abdullah Ocalan, a notorious Kurdish terrorist, whom Turkey holds directly responsible for numerous deaths and for igniting a civil conflict in the southeast in which tens of thousands died. There was a brief move last fall to outlaw adultery but that was quickly abandoned. In any case it could not have been a capital offense.

The status of women in Turkey is complex, as it is indeed here in the US. In keeping with its secular ethos, in Turkey it's illegal for women even to enter government buildings, including all public schools and universities, wearing a headscarf. An elected member of Parliament, who, if I remember correctly was also a naturalized American citizen, was prevented from taking her seat because she refused to remove her headscarf in the parliament. Nevertheless, in some families men rule with an iron hand and occasionally a girl or woman is exiled or killed for a sexual transgression that is thought to besmirch the family's honor. These are ancient customs practiced in isolated villages over a wide swath of the world from Sicily to India to China. In Turkey women's groups are beginning to organize against such family killings, trying to protect individuals threatened by their families, and taking political action to have the perpetrators prosecuted for murder. It's not unlike women's groups here taking action to protect women from violence by their partners and acting to prompt our legal system to take spousal abuse seriously.

There is widespread ignorance about the Islamic world. It's especially important for conscientious entertainment like West Wing to take care to get basic facts correct. The United States is deeply engaged, for better or worse, in trying to bring about political change in some Islamic countries. So it is important for Americans to be well informed. Is it so difficult for TV entertainment to be part of the solution instead of part of the problem? A story line about a country with a Muslim population should make sure it's consistent with real conditions in that country, what language(s) they speak, what their system of government is etc.

As are some others who have written to complain about the slanderous depiction of Turkey in the "King Corn" episode, I am an American who has had a close connection with Turkey since 1964, when I went to southeastern (Kurdish area) Turkey to teach English in a high school in a small provincial capital. Part of my continuing obligation as a Peace Corps Volunteer is being an ambassador and educator about the country where I lived for 2 years.

I hope you will be able to edit an upcoming episode this season that will provide at least an accurate, if not necessarily flattering, view of Turkey.

This story has been posted in the following forums: : Headlines; COS - Turkey; Speaking Out; Television; Islamic Issues; Crime; Adultery