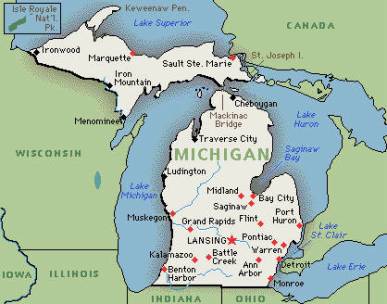 At first integrating a geographic information system into Dearborn County government departments appeared to be out of reach.

A consultant hired by the county had conducted an analysis on what the county would need to put a system in place. The total dollar amount reached more than $1 million, said county plan director Travis Miller.

"The lump sum of the investment was not obtainable," he said.

But as other assessments and studies were completed over the past few years, the digital information needed started falling into place a little at a time.

"Piece by piece we have built a very significant GIS system," said Miller.

What was missing, however, has been someone to tie it all together.

That is why Margaret Minzner, 30, was recently hired as the countyĺs GIS coordinator.

A native of West Chester, Ohio, Minzner earned a bachelorĺs degree in biology from Skidmore College, Saratoga Springs, N.Y. She spent two and a half years in Cameroon, West Africa, as part of the Peace Corps.

She attended graduate school at Southern Illinois University and is completing her thesis in plant biology. Her masterĺs research was conducted in Madagascar.

She lives in Northern Kentucky with her husband, Fred Koszarek.

GIS, which combines layers of information and data, was something she became interested in exploring while attending graduate school, said Minzner.

"Because my background is in science, I liked having data that was already available," she said.

She enjoys having information at her fingertips instead of lugging around a lot of equipment to collect data, she said.

After taking a job with the Urban Appalachian Council working with environmental justice, she did some GIS work for Clermont County, said Minzner.

She will help the county put the right pieces together and fill in the gaps of the GIS. She currently is going through the consultant analysis of the countyĺs needs to figure out which information remains relevant, said Miller.

The countywide transportation assessment and the property tax reassessment work are a couple of ways digital data became available to start the work, he said.

Ohio-Kentucky-Indiana Council of Governments is completing the digitizing parcel data for the county expected to be completed this week.

Cleaning up the data for regular use is expected to take four to six months, he said.

The GIS will benefit many county departments. The information will help the planning department make intelligent decisions about land use and zoning, said Miller.

"The possibilities of what we can do with this is pretty much endless," said Minzner.

For example, a parcel of land being discussed during a plan commission meeting can be outlined on a map, she said.

"You can clearly see the area proposed for changes," said Minzner.

New color aerial photos of the county will be taken soon by the state as part of Homeland Security efforts. The photos can be linked with the parcel data for another layer of information, she said.

She is currently working on creating maps showing the boundaries of areas in the county served by various sewage treatment providers.

Another map shows where all the small structures, such as short bridges, in the county are located.

This story has been posted in the following forums: : Headlines; COS - Cameroon; IT; Computers; Geography; GIS