Visit the Web Site for India 20A 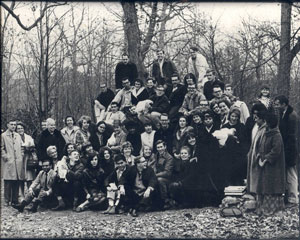 Visit the Web Site for India 20A

Visit the Web Site for India 20A at:

On August 31, 1965 sixty-seven Americans arrived at the University of Wisconsin-Milwaukee to begin three months of Peace Corps training. We ranged in age from 21 to 65 and came from states representing a cross-section of the country ranging from Hawaii to New York. We were men and women from urban and rural parts of the United States with the variety of outlooks typical of people coming from different parts of a country as large as ours. However, we had one thing in common: committment to the ideals of the United States and the desire learn about people from other countries, have those people learn about us and to provide our hosts with whatever assistance that we could. We were identified as Peace Corps Trainees and were prepared for service in rural India. After three solid months of training, 37 of us were selected as Peace Corps Volunteers and were sent to India in a group known as India 20A. After thirty six years, the volunteers of India 20A remain in contact. This is our story.

This story has been posted in the following forums: : Headlines; COS - India; COS RPCV Groups