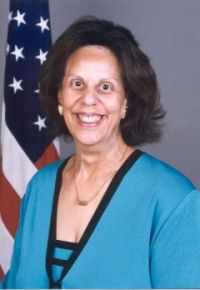 Remarks by the Ambassador

Your Excellency Ato Haile Mariam Dessalegn, President of the Southern Nations, Nationalities and People’s Region, distinguished guests, ladies and gentlemen: thank you for inviting me here today. I am pleased to be part of today’s ceremony as an official of the U.S. Government to underscore the positive people-to-people relationship between Ethiopia and the United States. I also am pleased to be part of today’s ceremony on a personal basis as well since education has always been important to me. Both of my parents were educators, and they instilled in me the idea that education is the best gift parents can provide for their children, for once they have the education it can never be taken away.

Education is a critical tool for the development of individuals who, in turn, help develop their nation. The Government of Ethiopia’s vision calls for Ethiopia to become a middle -income country in at least 20 years. The United States shares that vision and, as friends, we realize that support for the education sector is key to the realization of this vision. Such human talent needs to be capable, skilled, knowledgeable, committed and dedicated to transformation of the country.

For over 10 years in recent history, the U.S. Government, primarily through the U.S. Agency for International Development, has been supporting the education sector, specifically Ethiopia’s commitment to universal schooling. USAID has focused on helping Ethiopia reach its goal of primary school completion for all boys and girls, and the elimination of gender disparity in both primary and secondary education by 2015. Fulbright scholars and other programs such as Rev. Sullivan’s Teachers for Africa have provided educators for the universities. The Peace Corps helped with teachers at the secondary and primary levels. There are other US programs too numerous to mention but they focus on deepening and solidifying US-Ethiopian education links.

USAID programs, including in Southern Nations, have concentrated on improving teacher education through programs with your teacher colleges. USAID piloted programs in non-formal education, which later were adopted as government programs nation-wide. We have worked with community-based education that involves the parents, teachers, and yes, even students, in devising education materials that address the needs of that particular community. We have worked on textbook development with the government. We have worked on woreda-based decentralization programs with school administrators to improve the quality of education. As a partner with the Ethiopian Government, at the national and regional levels, the U.S. Government has focused on your goals for quantity and quality in education. Looking into the future, we will concentrate on quality even more and new approaches such as the Champion Community comprehensive approach.

Let me use one example of USAID cooperation with the regional government here in Southern Nations and point to the Community School Grants Program (CSGP), which instituted the Popular Participation in Curriculum and Instruction Project.

This project exemplifies community participation at its best. It has allowed 30 teachers from 15 schools to get together with indigenous experts from their respective communities to develop lessons for primary students on topics such as carpentry, pottery, traditional conflict resolution, and farming. The local experts and teachers jointly designed texts and lessons on local topics that the community experts delivered as a special class. Teachers then incorporated this teaching into lessons taught under the conventional curriculum.

Teachers and experts at each of the project’s fifteen schools created, delivered, and incorporated five separate texts and lessons. Because the idea was so popular, some of the participating schools invited their local experts back several times each (up to 10 times in some cases) to continue their explanations and demonstrations. The program was so popular with teachers involved that they agreed to collaborate with local experts to create a set of texts over their summer vacation. This is a dramatic example of how the combination of U.S. support and local efforts can bring education alive for students, teachers, and communities.

Alumni groups are also a strong source of support for education in Ethiopia. The alumni of the Ligaba school, who have made possible the donation of books we are celebrating today, are an excellent example of how former students and teachers have organized to give back to their community, and to improve the situation of the school today by fundraising and other activities to build classrooms and obtain computers and other much-needed equipment for the school.

Today, these three hundred thousand books have come to Awassa as a result of the generosity of people, American and Ethiopian, who were struck by the needs of the schools in this region and who worked together to make this formidable donation happen.

I want to thank the Church of the Latter Day Saints not only for its generous donation, but also for taking care of the high cost of getting these books here to Awassa. I also want to recognize and thank the alumni of secondary schools here in Awassa, American and Ethiopian alike, who have worked to make this happen. Finally, I want to recognize the contribution of Bill and Betty Graff of Utah, the former United States Peace Corps Volunteers who are also a part of this undertaking, but who could not be here with us today.

This donation has come about because the people involved believe in the youth of Ethiopia. Societies are renewed, if they are renewed at all, by people who believe in something, care about something, and stand for something. The many U.S. Peace Corps Volunteers who served over many years in this region and across the entire country are people who believe in Ethiopia and its youth, as are those of you who are gathered here with us today – especially those of you representing the educational institutions in Awassa, the teachers and administrators who have made developing the potential of Ethiopia’s youth your life’s work.

Let me close my remarks with a short story about a conversation I had with an American investor in Ethiopia soon after my arrival in Addis two and a half years ago. I asked the investor why she had invested in Ethiopia. Her reply I have never forgotten. She said, "I came for the minds". There are great minds in Ethiopia. I congratulate all of you who are helping to create them.

Story Source: US Embassy in Ethiopia

This story has been posted in the following forums: : Headlines; COS - Ethiopia; Service

There is much news about the raging riots
in Ethiopia on Nazret.com. So sorry for
Ethiopians, Somalians, whose lives are again
on the block of the murderous DERG element.