So far, RACE coordinator Lauren Loveland, who completes her services as US Peace Corps in Namibia next month, has trained 183 teachers in AIDS Education 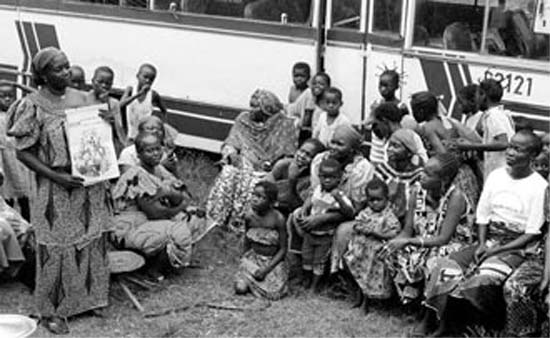 So far, RACE coordinator Lauren Loveland, who completes her services as US Peace Corps in Namibia next month, has trained 183 teachers in AIDS Education

PARENTS of both primary and secondary school learners still are reluctant to allow HIV/AIDS organisations to talk about sexual health in schools.

Many parents and members of communities in the areas of the north central regions still believe that sex education promotes sex.

"This is a big barrier and we are trying to tackle it."

She said that although parents and schools have never refused them the opportunity to speak to learners, school management bodies were hesitant and concerned that talking about sex will anger parents and promote sex among learners.

Loveland added that it was better to prepare learners for sex and the dangers of unsafe sex, rather than leave them "blind".

Incoming RACE coordinator, Sherise Lindsay said it was necessary for the orga-nisation to speak to learners at both primary and secondary schools about sex, HIV and AIDS and contraceptives available to protect themselves from sexually transmitted diseases.

She said they target primary schools because these schools, especially in the north central regions, have older learners who are or may be sexually active.

In an interview with New Era, the two US Peace Corps Volunteers said RACE, even though it targets primary schools, only distribute condoms and femidoms to the older learners.

The two young Americans have previously worked with non-governmental organisa-tions and also have experience in organisational capacity building.

Therefore, RACE (Oha-ngwena and Oshikoto) educates and trains teachers of the more than 400 schools in the two regions to go back into the communities to talk to parents and dispel the myths surrounding the HIV and AIDS pandemic.

Teachers are also equip-ped with the knowledge on how best to set up and run HIV and AIDS awareness programmes at schools effectively.

So far, outgoing RACE coordinator, Loveland, who completes her services as US Peace Corps in Namibia next month, has trained 183 teachers in the two regions.

She said RACE's approach regarding HIV and AIDS awareness in schools, goes much further than the ABC (Abstinence, Be Faithful, and Condoms) prevention methods.

She said they try to promote not only the ABCs, but also try and equip learners with life skills to be confident enough and have a vision for the future to enable them to make appropriate decisions.

Incoming coordinator Lindsay said the Life Skills non-promotional subject at schools needs to be taken more seriously in order to educate learners about sexual health and the dangers of the HIV and AIDS pandemic.

Although it was difficult to measure the success of the organisation, Loveland and Lindsay said the response from both the community and learners has been overwhelming. The learners are eager to know more about sex health education.

Women in remote areas have also shown interest, wanting to know more about the female condom, as they have only heard and never seen it.

RACE was formed by the then Ministry of Basic Education, Sports and Culture and the Ministry of Higher Education, Training and Employment Creation in 2001 as an organised response to the HIV and AIDS impact study on the education sector.

All 13 regions in the country have a RACE committee made up of 10 members from the education sector.

The RACE coordinators of every region help implement the ideas of the committee.

The organisation distributes HIV and AIDS educational materials, condom and femidom distribution, school presentations, train teachers and liaise with other HIV and AIDS stakeholders including the Ministry of Health and Social Services.

It also provides first aid kits, sponsored by USAID, to all schools in the country for use during medical emergencies and to prevent HIV transmission.

This story has been posted in the following forums: : Headlines; COS - Namibia; AIDS Education