Nepal RPCV Broughton Coburn fulfilled a destiny with the Himalayas -- where he has worked two of the past three decades. 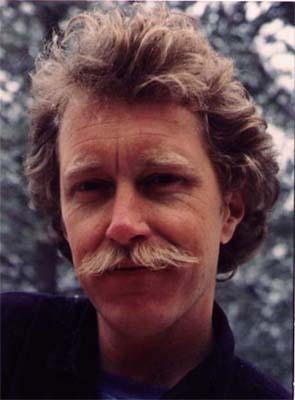 Nepal RPCV Broughton Coburn fulfilled a destiny with the Himalayas -- where he has worked two of the past three decades.

Broughton Coburn graduated from Harvard College in 1973, then fulfilled a destiny with the Himalayas -- where he has worked two of the past three decades. He developed documentary films and oversaw environmental conservation and development efforts for the World Bank, UNESCO, World Wildlife Fund, and other agencies. But he's known mainly as an author.

Two of Coburn's books form the foundation for the Aama's Journey illustrated program. Nepali Aama: Life Lessons of a Himalayan Woman (Anchor/ Doubleday; now in its fourth edition), documents Aama's life as an elderly, subsistence farmer in the foothills of the Himalayas. The sequel, Aama in America: A Pilgrimage of the Heart (Anchor/Doubleday) is the dramatic and poignant tale of their 12,000 mile odyssey in search of the soul of the United States. In addition to acclaim as an illustrated lecture program, this story has been widely excerpted and a feature film screenplay is in progress.

In 1997, Coburn was awarded the American Alpine Club's Literary Achievement Award for his body of work. His third book, Everest: Mountain Without Mercy, (National Geographic Books) reached #17 on the New York Times Bestseller list and was selected as "Pick" for 1997 by Publisher's Weekly. It has sold over 350,000 copies-an unusual showing for a large format illustrated book.

Coburn has written magazine articles for New Age, Rock and Ice, The Denver Post Magazine, Co-Evolution Quarterly, Worldview and other magazines. He toured 18 cities for his first two books, 7 cities for Everest: Mountain Without Mercy, and delivered presentations at 8 Everest IMAX film premieres.

Coburn also authored a young adult photo-biography of Sir Edmund Hillary, Triumph on Everest, for National Geographic Books. This was selected as a Notable Social Studies Trade Book for Young People for 2001 by the National Council for Social Studies and the Children's Book Council. In April of 2001 his collaboration with Jamling Tenzing Norgay, Touching My Father's Soul: A Sherpa's Journey to The Top of Everest (HarperSanFrancisco), his fifth book, reached #7 on the prestigious BookSense list, #24 on the New York Times list, was granted an Honorary Mention at the 2001 Banff Mountain Book Festival, and was a finalist for the coveted 2001 Books for a Better Life award.

In addition to lecturing, Broughton Coburn is now editing a large format book on the Himalaya, and is writing a series of historical fiction titles set in the Himalaya in the 1960s and '70s. He is also the Special Projects Director for the American Himalayan Foundation, a charitable organization based in San Francisco that brings education, health care and environmental conservation to villagers like Aama.

University of Colorado at Boulder
Department of Anthropology
Hale Building
On behalf of the Department of Anthropology and the Center for Asian Studies, I would like to thank you for your wonderful presentation of "Aama's Journey: A Pilgrimage Between Continents and Cultures" here at the University of Colorado. We are so delighted that you were able to come here to share Aama's story with CU students, faculty, and folks from the Boulder community. Of the numerous events that I have been involved with over the last year, your presentation is the one that people still rave about. You both touched people's hearts and got them thinking-a true achievement!...

The California Academy of Sciences

"I was overwhelmed by the emotion of the show and, judging by the ovations, so was the whole audience. You masterfully tread the fine line between pathos and pitfall, humor and humility. As a storyteller you have developed your subject so expertly that the delicacy and poignancy are not only preserved, but amplified without any sense of the crass or exaggeration. Aama is the real thing, and your conveyance of her pure perceptions enthralled us and swept us away. Thank you for such a warm and rewarding experience!

Right after the show I phoned June Anderson, one of our Anthropologists, whom I'd seen in the audience. I wanted her reaction to your talk before it was stale. I had to leave a message and in return got this message:

'The lecture was MAGNIFICENT, what more can I say?! Not only is he a good speaker but his material is WONDERFUL.! Beautiful photography too. . . it is such a plus for the Academy to have a speaker like that, it is just wonderful.' You made me laugh and you made me cry!'"


The purpose of this letter is to give my enthusiastic recommendation of Broughton Coburn as a professional speaker. I have been in the lecture business for forty years and "Brot" has one of the most unusual programs I have ever seen.

The illustrated program "Aama's Journey" has patriotism, humor, travel and stirring inspiration all wrapped up into one. I have had the pleasure of suggesting this program to 35 different groups in the last 6 years, and reports have been uniformly good.

Here are just a few of the comments I've received:

"We loved his performance."

"The most moving, beautiful evening we have had."

At least two of my groups have invited Mr. Coburn back for a repeat appearance in less than five years. This is unusual and a tribute to the fact that he has something to say and knows how to say it. I believe any group that schedules Broughton Coburn to speak on "Aama's Journey" is in for a treat.


"Your presentation of "Aama's Journey" here at the Vanderbilt was a wonderfully moving experience. Your personal experiences with Aama and her perspectives on America were truly thought provoking.

The audience was clearly captivated and sincerely interested. I cannot recall a presentation that elicited so many questions (I was beginning to wonder if they would ever let you go.) And, judging by the brisk trade at the book counter afterwards, I suspect that you have gained quite a few readers.

We enjoyed your company and enjoyed showing you the Museum. (If only we could have gotten Aama's reaction to the Vanderbilt....)

I hope that the rest of your tour went as well, and that you will be back to visit us in the future. Please keep us informed about future books or projects."

Your audience was rapt, and you touched something deep that left us all thoughtful on the way home - and hopefully for a long time.

Sunset Club members are generous, as a rule, with compliments; but their praise for you and Didi, your courage, compassion, sense of adventure and caring was all in superlatives. I, of course, lapped it up and bathed in reflected glory. It's nice to have worked on a success - nay, a hit!"

Thank you very much for the program on Tuesday, and best wishes to you and Didi and Phoebe from all who were at the Sunset Club that night.


"Thank you again for such a wonderful evening. I think many wished they could have met Aama in person, after such an endearing introduction by you. Your program was inspiring, educational, entertaining, unusual, and a perspective on life in our country that we all need to see. After the events of last year, the timing of your topic could not have been better."

"Your program precipitated the most conversation of any of the Winter Speakers Series talks. Reactions were so varied - 'It was the best one!' to 'I cried through the whole thing.' The staff dining room was buzzing with conversation about the program the morning after. Your program was narratively and visually fascinating. Thanks for a very provocative and entertaining evening...."


"Many wonderful thanks to you for such a touching, humorous and refreshing look at life - through the eyes of "spirited Aama." You most certainly won over our sellout audience and Jane, a long time volunteer, felt it was the best lecture she has seen - a true compliment...."

This story has been posted in the following forums: : Headlines; COS - Nepal; Mountaineeering; Writing - Nepal