Amy Haugen, was selected to join the Peace Corp and will be leaving the United States for a two year term beginning in Costa Rica 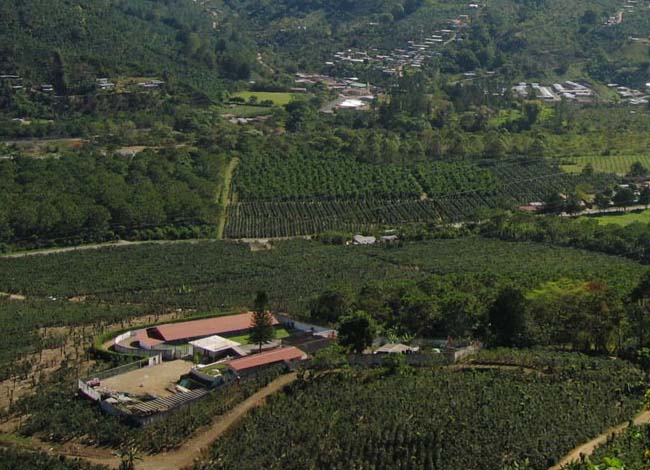 Amy Haugen, was selected to join the Peace Corp and will be leaving the United States for a two year term beginning in Costa Rica

by Dorothy Jasperson
Blaine and Ardys Haugen of Westby will be keeping a close eye on world news current events after learning their oldest granddaughter, Amy Haugen, was selected to join the Peace Corp and will be leaving the United States for a two year term beginning in Costa Rica.

Amy, is the daughter of the Haugen's son Arvid who graduated from Westby Area High School in 1971. Arvid's family resides in Wisconsin Rapids and Amy recently graduated from UW-La Crosse.

After spending time as an exchange student in Spain, Amy felt compelled to explore her options of seeing the world through the eyes of others and joining the Peace Corp will enable her to accomplish her dream. Since junior high she has admired the Peace Corp work a former teacher hopes to beable to educate others on the importance of reaching out the same way that teacher influenced her.

Her family is extremely proud of Amy and her desire to help others, but they are concerned about her well being at the same time which was evidently clear by looking into the teary eyes of her grandmother as we visited at the Haugen's home in Westby.

At the tender age of 23, Amy feels privleged to have been selected by the government organization. She's pleased to be traveling to a small village in Costa Rica where she can utilize her sociology major and the Spanish minor she earned in college.

For her mission Amy is grateful to be going to a country which is more modernized then many of the third world countries where the Peace Corp is located.

"Going from the many privleges we're entitled to as Americans to one with less things I'm accustomed to will be a challenge, but one I'm up for," Amy said, "Not being able to run to the grocery or department stores on a whim or call friends and go to a movie will help me mature and focus on world issues."

Beyond Amy's excitement she experiences moments of apprehension. Time marches on and the two years she's gone will pass quickly. At the same time she's knows her two younger sisters will change and she won't be there to witness it. When she returns she'll be almost 25 years old with many of life's decisions still in front of her. How she views the world and life today may change and along with those transformations she anticipates inner reflection.
"It's a big world out there and it's changing all the time. I hope I can be a part of some of the changes for the better," Amy said.

Amy is looking forward to working with the women and families in Costa Rica. She wants to promote the importance of a good education and keeping children in school so they can have a more productive life. Amy's goal isn't to change the society just to show women the importance of getting a quality education before being strapped down with a family to raise.

According to Amy Costa Rica has a huge domestic abuse problem and she believes educating the women early in life can be a step in changing that trend.

"We can give so much to others and it doesn't always have to be financial. People benefit from outside education and lifestyle experiences. I want to help others and they will help me," Amy said.

Blaine Haugen is glad his granddaughter is being allowed the opportunity to travel. Having been in the military and stationed in Germany during the WWII Neurenburg Trials Haugen has lived through his own growth experiences.

"I was young when I entered the military and was stationed in Germany during the Neurenberg Trials. I spent a year in Germany and it taught me to appreciate the life I have now. Amy will learn the same lessons. I'm proud of her," Blaine Haugen said.

Amy has agreed to keep in touch with her family and with the Westby Times. Providing technology works we hope to run occasional editorials from Amy on her experiences while a member of the United States Peace Corp.