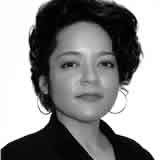 Before the performances, the composers talked about the musical influences that led to the music played that night. Daniel Kellogg said he was "trying to take a sacred idea and expressing it in abstract, in music." His song, "Ora Perpetuo," was inspired by a Biblical passage that reads, "Rejoice always, pray without ceasing, give thanks in all circumstances." The Claremont Piano Trio performed the song for piano, cello and violin. The cellist and violinist exchanged looks of heartfelt emotion throughout the piece, which at one point consisted of high, airy, harmonic notes followed by stronger, deeper notes.

Gabriela Lena Frank, an American-born woman of Peruvian, Jewish, and Chinese ancestry, grew up listening to Andean music. Creating her piano solo of "Sonata Andina" involved "taking Andean music and translating it to Western instruments," she said. In the second movement, for example, Ms. Frank imitated four-note chords she heard four men in Peru playing on panpipes. Later, during the fourth movement, her music imitates two kinds of native guitars, panpipes and the marimba (xylophone). G-major chords dominate in the "Sonata Andina" because, Ms. Frank explained, they were the first notes she heard. She is partially deaf and only began using a hearing aid when she was five years old. Ms. Frank's hearing impairment has resulted in barefoot performances because it allows her to feel the music.

This story has been posted in the following forums: : Headlines; COS - Peru; Music