RPCV William F.S. Miles writes "The Niger we should know" 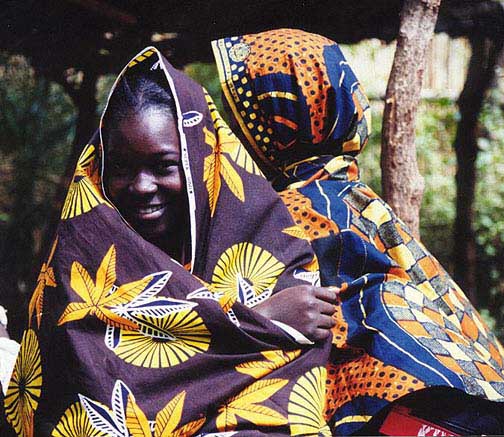 "Niger -- that beguiling nation whose existence I'd ignored throughout my formal education -- certainly changed my view of Africa, Islam, and humanity itself. It would be a pity if the world's well-intentioned but one-sided preoccupation with Niger's crop crisis only reinforced old stereotypes about hardship and poverty in Africa. Niger can teach us much more than that."

RPCV William F.S. Miles writes "The Niger we should know"

The Niger we should know

These are the primal associations that come to mind for this landlocked, chronically poor West African nation on the edge of the Sahara.

But for thousands of former Peace Corps volunteers who have served in Niger, such stereotypes of Third World (and black African) misery immensely distort the reality of Niger's society. Celebration of life, exuberant hospitality, and poignant generosity are more accurate images than the digitized clips of agony that are now being imprinted upon our globalized mind. All this, we should not forget, in one of the world's most Muslim nations on Earth.

For sure, famine is no stranger to Niger. Just three years before joining the Peace Corps and flying off to Niger -- a country that, as an honors college student I hadn't even known existed -- a military coup in 1974 toppled a civilian regime that had corruptly mismanaged famine relief efforts. During the quarter-century that I have been returning to Niger as a researcher (and Niger returning to democracy), I have indeed witnessed malnutrition, infant mortality, and premature adult death.

But to define Niger in such terms does grievous injury to the larger reality of a robust, life-affirming, and religiously tolerant people. Otherwise, I would not have brought my 8-year-old son and 15-year-old daughter with me. Nor would we have openly celebrated Hanukkah there.

On my way to teach a class back in Boston I stopped in the hallway to recount to a philosopher colleague an exchange I had during my most recent visit. It was the cold season, and my Niger village friends and I were huddled around the bonfire near the chief's hut. We were speaking in Hausa -- not only Niger's lingua franca, but the most widely spoken language in all Africa -- and my friends used an expression I did not know. I started to rise, explaining that I would go fetch my dictionary and be right back.

''Leave it until tomorrow," one tall, dark man in robes said sympathetically, sensing my reluctance to leave the fire.

''Are you sure," I replied, ''that tomorrow I shall awake from sleeping?"

Later, the chief, who had witnessed the exchange, shared his surprise at my answer. ''Your reply was so. . ."

''Cartesian." the philosopher friend at my college insisted, himself taken with the profundity of the exchange.

But the African village chief knew little of the 17th century Frenchman Descartes, whose pithy ''I think, therefore I am" epitomizes Western rationalism. His interpretation was quite different.

''Your reply," the chief was saying, ''was so Islamic." For, we both understood through subtext, it is only by the grace of Allah that we regain consciousness each and every morning.

Even within our own culture, we all know how different eyewitnesses interpret the same events and statements in radically different ways. Even long happily married couples still disagree about the meaning and intentions of their actions and words.

How much more so when members of different cultures, who don't even speak the same language, are involved in exchanges of massive import. And when those exchanges do not even have the pretense of equality -- think America's urgent deadlines to transfer democracy throughout the Muslim Middle East -- the likelihood of cultural misunderstanding is astronomical.

When President John F. Kennedy created the Peace Corps, he set forth as one of its three main missions the education of Americans about the countries in which volunteers had served. Every former volunteer will agree that our Peace Corps experience has changed us more than we changed our host country.

Niger -- that beguiling nation whose existence I'd ignored throughout my formal education -- certainly changed my view of Africa, Islam, and humanity itself. It would be a pity if the world's well-intentioned but one-sided preoccupation with Niger's crop crisis only reinforced old stereotypes about hardship and poverty in Africa. Niger can teach us much more than that.

William F.S. Miles, author of ''Hausaland Divided: Colonialism and Independence in Nigeria and Niger," is professor of political science at Northeastern University. He served as a Peace Corps Volunteer in Niger from 1977-79.
© Copyright 2005 Globe Newspaper Company.

This story has been posted in the following forums: : Headlines; COS - Niger; Islamic Issues; Cross Cultural Issues