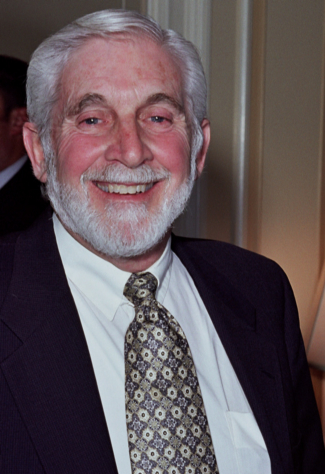 Silverman received his medical degree from Tulane University in New Orleans in 1964 and was a Peace Corps doctor in Thailand from 1965 to 1967. The next two years he was in Washington as the Corps' regional director for East Asia and the Pacific. "That whole experience taught me that medicine was being practiced backward," he said. "We were waiting for people to get sick, then we would treat them."

Sep. 12--Mervyn Silverman, a civic activist in the small town of Crockett, dropped in at the executive offices of C&H Sugar Co. last year with a videographer in tow to talk to CEO David Koncelik, in a scene that could have come right out of "Roger & Me."

In that 1989 docudrama, filmmaker Michael Moore pursued General Motors chairman Roger Smith to discuss his decision to close a Flint, Mich., auto plant and throw 30,000 people out of work.

Silverman, chairman of the Crockett Community Foundation, and a retinue of fellow residents wanted to quiz Koncelik about the future of the town's library and museum and other C&H-owned buildings after the company, then part of Citicorp Venture Capital of New York, announced it would evict the post office from the building it occupied since 1949.

The multinational banking giant blinked, if only briefly and by proxy.

Koncelik did not speak to the group, but C&H attorney Alan Zackler contacted the Times three days later and said, "If (the residents) are interested in purchasing the property, they should let us know."

The next day, Zackler called Silverman to say C&H was "absolutely not interested" in selling. Neither Zackler, Koncelik, nor Citicorp officials returned numerous calls in the ensuing days asking them to explain the flip-flop.

The piece of guerrilla theater at C&H's Pleasant Hill headquarters was hardly Silverman's first brush with publicity and the fickleness of officials.

He was San Francisco's public health director in the late 1970s and early 1980s, when AIDS arrived on the American scene.

"There was no precedent for this kind of thing," Silverman said at his Crolona Heights home, the 1917-vintage former C&H president's mansion, which he bought in 2000.

Silverman gained fame -- and infamy -- for his handling of the gay bath houses, notorious as sites for casual, unprotected sex among multiple partners. He long resisted calls of political leaders such as then-Mayor Dianne Feinstein to use the health code to shut them down but finally ordered them closed in 1984.

"The only way you eliminate disease is through prevention," Silverman said. "I was hoping to use the closure of the bathhouses as an educational message and not to turn the people we were trying to reach against the health department."

"Silverman not only had to deal with countervailing forces inside the political administration," said Randy Alfred, former editor and columnist for the gay weekly Sentinel and former producer of the radio show "Gay Life." "There was also mixed medical information and the public health question: What measures do you take to reduce the risk the most?

"I think that by and large, he did a great job."

By the time Silverman resigned in 1985, he had been vilified by some for doing too little, too late; others said he acted prematurely and too drastically. Critics blasted him for everything from homophobia to abetting decadence and sin.

But Silverman was widely applauded for the so-called "San Francisco model" of care, later emulated in other cities. It included opening an AIDS treatment ward at San Francisco General Hospital and providing social services.

Silverman emerged from his San Francisco stint something of a superstar in public health circles, one of the world's foremost authorities on AIDS and a high-profile international spokesman on AIDS prevention and treatment.

In 1986, he became national spokesman for the American Foundation of AIDS Research; four months later, he was elected board president. He served for 10 years and remains on the board today.

As president of Mervyn F. Silverman & Associates, he travels around the world consulting with governments, nongovernmental organizations and corporations on public health issues.

A native of Washington, D.C., Silverman, 67, graduated from Washington and Lee University in Virginia. In 1959, after his junior year, he married his wife, Deborah, who is now a psychologist.

Silverman received his medical degree from Tulane University in New Orleans in 1964 and was a Peace Corps doctor in Thailand from 1965 to 1967.

The next two years he was in Washington as the Corps' regional director for East Asia and the Pacific.

"That whole experience taught me that medicine was being practiced backward," he said. "We were waiting for people to get sick, then we would treat them."

He got his master's degree in public health at Harvard in 1969 and went to work for the Food and Drug Administration, ending up as director of the Office of Consumer Affairs.

"Washington thought it was the center of the universe, but I felt no connection to people," he said.

In 1972, sporting a full beard and handlebar mustache, he took a job as community health director for Wichita, Kan. -- "the middle of the Bible Belt -- the buckle was right there."

There he set up a restaurant sanitation rating program; a dental program for needy children; and a teenage pregnancy prevention program that included distribution of contraceptives.

Controversies notwithstanding, "a number of people urged me to run for Congress," Silverman remembered.

The first five years were rosy.

"The media loved him; the gay community adored him," Randy Shilts wrote in his classic chronicle of the AIDS epidemic, "And The Band Played On."

AIDS appeared in 1981. By 1983, experts widely believed AIDS to be caused by a virus transmissible through sex. Politicians and gay leaders differed over what Silverman's office should do.

"Dianne (Feinstein) thought, if you save one life by closing the bath houses, it's worth it," Silverman remembered. His preference was to get the gay community to reach a consensus to close them as part of a campaign to promote safer sex. Absent such a consensus, the unsafe activities would just go elsewhere and escape scrutiny, he reasoned.

"If the community saw us as policemen rather than partners in their health care, the issue would have been civil liberties and civil rights rather than HIV and AIDS," he said.

"The bathhouses were a symbol of gay liberation," Silverman said.

Gradually, he came to realize that handing out literature in bathhouses was ineffective.

"It's like putting up a sign in a candy store that sugar is bad for you," Silverman said.

Gay leaders flip-flopped on the closing issue, Shilts reports in his book. Silverman postponed action, thus opening himself to charges of flip-flopping.

Finally, in October 1984, he ordered the closing of 14 bathhouses where inspectors had witnessed unprotected sex with multiple partners.

"These 14 establishments are not fostering gay liberation," Silverman said at a news conference described in Shilts' book. "They are fostering disease and death."

A judge eventually allowed the clubs to reopen under restrictions that resembled those Silverman had once proposed, he said.

Several calls and e-mails to Feinstein's office over the past month seeking comment were not returned.

In Crockett, Silverman has plunged into civic affairs. He visualizes the town, a hub for artists, becoming "the music center" as well. The community foundation funds annual guest concerts of the Oakland Symphony. It also financed a concert in March by the San Francisco Lesbian/Gay Freedom Band.

"He came right in, introduced himself and swept everybody away with his humor and wealth of knowledge," said Kent Peterson, manager of the Crockett-Valona Sanitary District and a leader in a town known for civic activism. "He made an immediate impact. We realized quickly what an asset he is."

Said Silverman, "I really learned a lot from some of the really outstanding volunteers here in Crockett. There's an impressive group of them."

FAMILY: wife, Deborah, a psychologist; three daughters and one granddaughter

This story has been posted in the following forums: : Headlines; COS - Thailand; Staff; Medicine