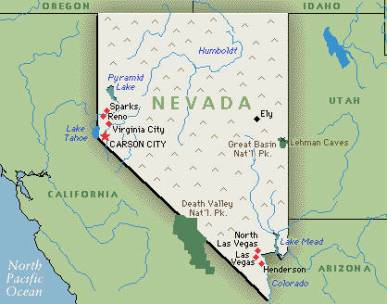 It's been a long road for the Pearsalls since they left Incline, but they were able to stay together through college in Vermont, only to be split up when they both joined the Peace Corps for two years. "I was in Costa Rica and Sarah was in the Dominican Republic," Jenn said. "It was an incredible experience."

This sister act is now appearing on both coasts

This is one in a series concerning former students of Incline High School and where and what they are up to now.

Although twin sisters Jennifer and Sarah Pearsall weren't members of the Highlander cross country team, that didn't prevent the 1995 graduates from participating in the New York Marathon earlier this month.

"We both played tennis, but never ran track," Jennifer said from her home in San Francisco where she works for a design firm. "We just thought it would be a fun thing to do together."

Jenn's sister Sarah, who lives in New York City, where she works for Baron Capital, said the idea was actually born last year.

"Both of us worked out a little too much and we both got ankle injuries as a result," Sarah said from New York. "So we had to postpone it until this year."

Because the race is so popular, the sisters had to join a participant lottery and hope they would both be chosen for the event.

"I got selected but Sarah didn't," Jenn said. "But it turned out fine because the company she works for was one of the sponsors, so we ran under their sponsorship."

It's been a long road for the Pearsalls since they left Incline, but they were able to stay together through college in Vermont, only to be split up when they both joined the Peace Corps for two years.

"I was in Costa Rica and Sarah was in the Dominican Republic," Jenn said. "It was an incredible experience."

Besides being twins, the sisters are the best of friends and now that they live on opposite coasts, it's cause for a lot of homesickness, especially for Sarah.

"When I tell people (in New York) that I'm from Lake Tahoe, they ask me if I'm crazy and why I'd choose to live in New York," Sarah said. "But I really am homesick and I miss Incline and my family so much." Sarah said that she is fortunate in a city that is short of affordable living quarters, to be able to share a nice apartment with three friends from her college days.

"It's one of those buildings like you see in the movies," Sarah said. "It's big enough that I have my own room and it looks out over the city. It's great."

Jenn said that her time in New York for the marathon was, "one of the greatest experiences of my life."

"Next time, I'll pull her ponytail or trip her, but I will beat her," Sarah joked.

For Jenn, the next race for the two could be closer to home.

"Next, I think we should run in one of the marathons they have here in San Francisco," Jenn said. "We'll see how my sister takes the hills."

Jeen says she has a definite advantage, because she loves running in the "City".

"There are so many places to run here, the Embarcadero, Chrissy Field, over in Marin County," Jenn said. "It's really not a grind to train here because everywhere you run is like a sightseeing tour. I really love living here."

Since both of the sisters plan on spending the holidays here at home, you may spot them working out along the road, they'll be easy to tell apart, Sarah will be the one pulling her sister's ponytail.


Although "Where are They Now" stories center around students who have excelled in athletics at both prep and collegiate levels, stories about former Highlanders who have gone on to other success are welcome. Contact Jack Carrerow can be reached at (775) 831-4666 ext. 119 or at jcarrerow@tahoebonanza.com

This story has been posted in the following forums: : Headlines; COS - Costa Rica; COS - Dominican Republic; Twins